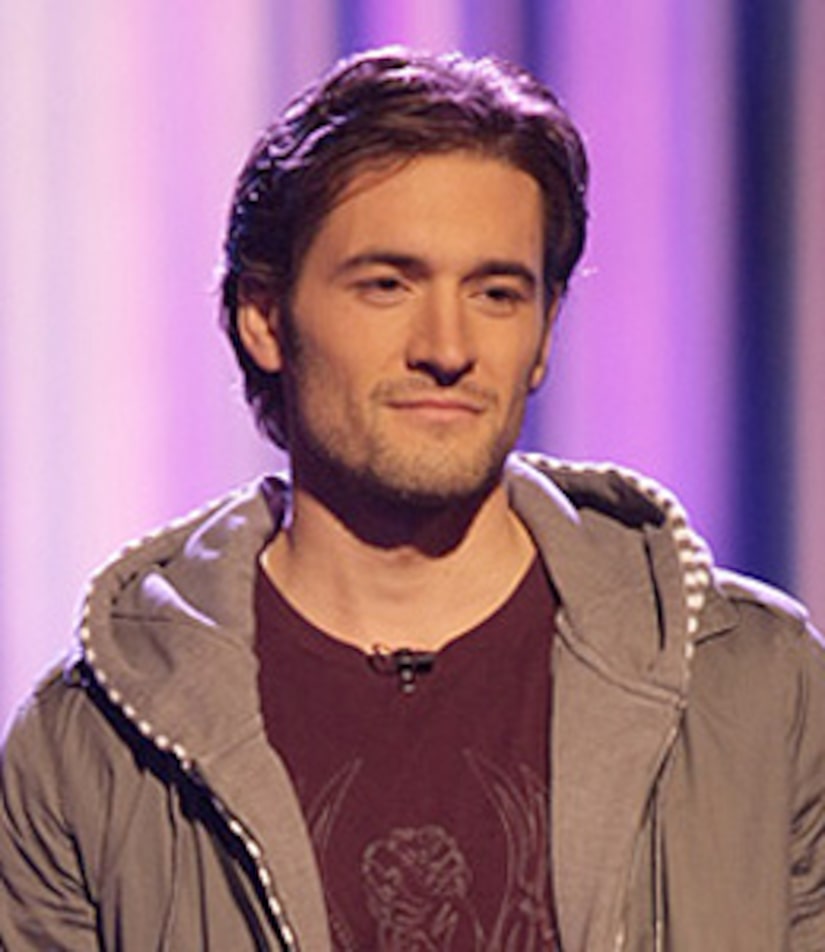 His stint on "American Idol" was followed by the news that he had Hodgkins lymphoma, but now there's good news again for Luke Menard.

The ruggedly handsome "AI" finalist was diagnosed in May, now "Idol" champ David Cook let the news slip to "Extra" that Luke is well, saying, "I'm going to announce it, Luke! I couldn't be happier for him. Anyone who has to go through something like that ... It's a pretty heavy deal." Cook's older brother, Adam, continues to battle brain cancer.

Menard, 29, made it into the top 16 during last season's "American Idol" and sings with the a cappella group Chapter 6.