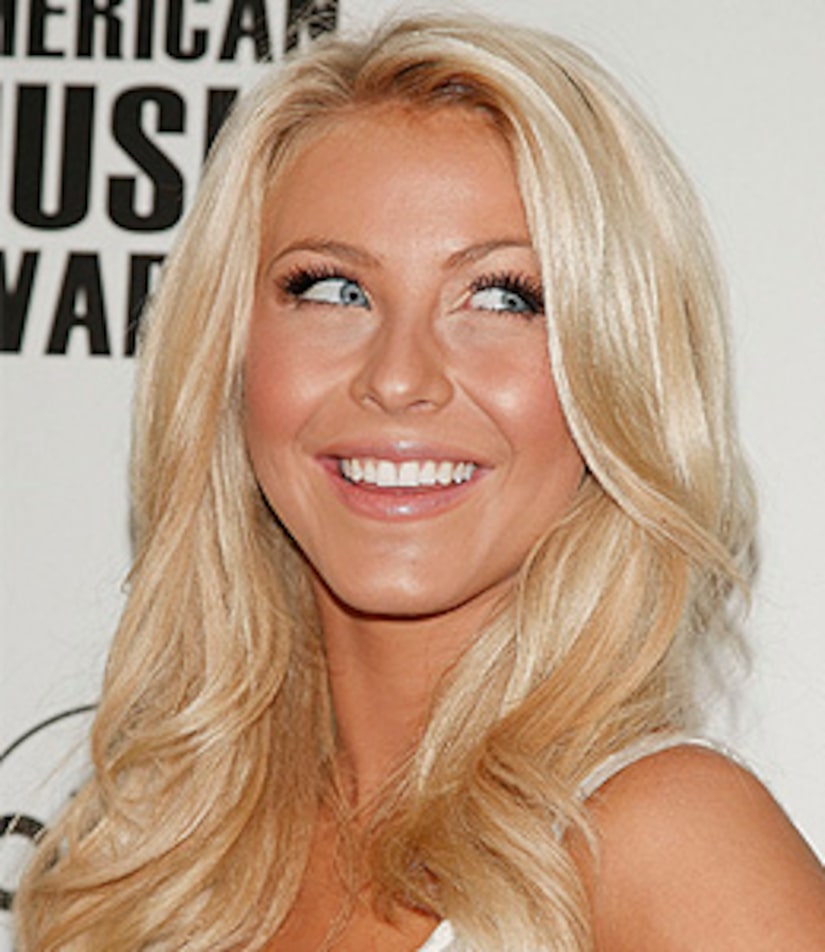 "Dancing with the Stars" pro Julianne Hough announced she will undergo an appendectomy today -- does it mean she'll be out of the competition for good?

The answer is: no way! The dancer-turned-country singer hopes to be back on the dance floor next week! Brother Derek tells "Extra" his baby sis return to the TV ballroom in no time, saying, "Us Houghs... we're strong. We keep going."

Hough was hospitalized last week with stomach pains and later diagnosed with endometriosis. The pro said on Monday night's show, "Everything's okay. I'm going to hopefully be back, if everything goes as planned, next week."

During last night's show, Hough and partner Cody Linley performed a sexy samba, and she showed no pain. Cody will still be able to practice and compete with Edyta Sliwinska filling in for Hough.

It's been a season filled with injuries and illness; Misty May-Treanor left the competition after an injury to her Achilles tendon, Brooke Burke hurt her foot, and Derek Hough went to the hosp after hurting his head, and Jeffrey Ross started the injury cavalcade with a scratched cornea... when Edyta accidentally poked him in the eye.