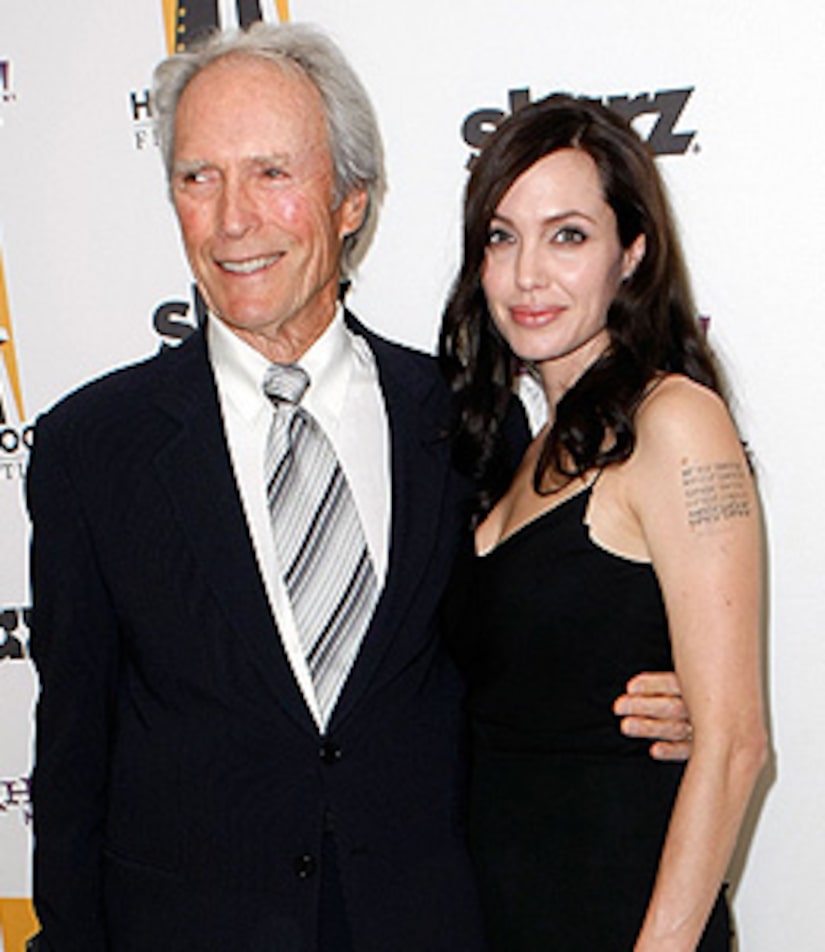 Angelina Jolie was side by side with "Changeling" director Clint Eastwood last night at the Hollywood Film Fest, where talk continued about a possible wedding in the cards for her and longtime baby daddy Brad Pitt.

One of Hollywood's most famous pairings might make it official. Angelina Jolie recently opened up to the Italian Vanity Fair about her unconventional family. Angie told the mag that her children could mention the idea of Brangie making it official. "Sooner or later it will be the kids who ask us [to get married]. You know, they see films and start asking questions. Such as, 'Why are Shrek and Fiona married and you're not?'"

Angelina admits their relationship isn't an everyday situation, saying, "Usually people fall in love and everything revolves around the ritual of marriage, children are an afterthought. We did everything backwards."