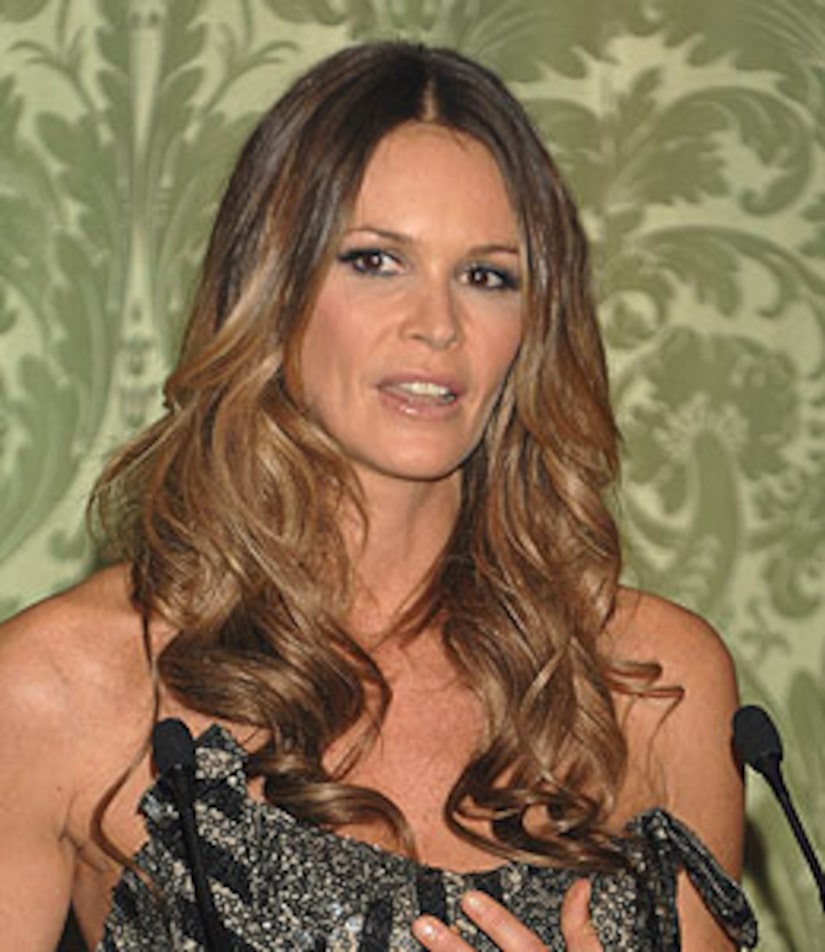 Elle Macpherson was snapped cruising in an Aston Martin with convicted drug-smuggler Brian Burgess -- igniting rumors of a romance between the two. Are they true?

That's a no! The supermodel released a statement today denying any romantic involvement with Burgess -- saying the two are just friends. "Miss Macpherson emphatically denies that there is any romantic association between her and Mr. Brian Burgess. Miss Macpherson is disappointed her friendship with Mr. Burgess has been so casually misrepresented for commercial sensationalism."

The statement continues, "Miss Macpherson is aware of Mr. Burgess's past conduct and that Mr. Burgess has and continues to take significant steps towards restoring his life. Any continued misrepresentation or invasion of privacy is likely to be the subject of legal proceedings."

Burgess was convicted of drug trafficking in 1996, when he was caught attempting to smuggle 2kg of cocaine from Australia to the US. He was sentenced to four years, and was deported to the UK after serving his time.