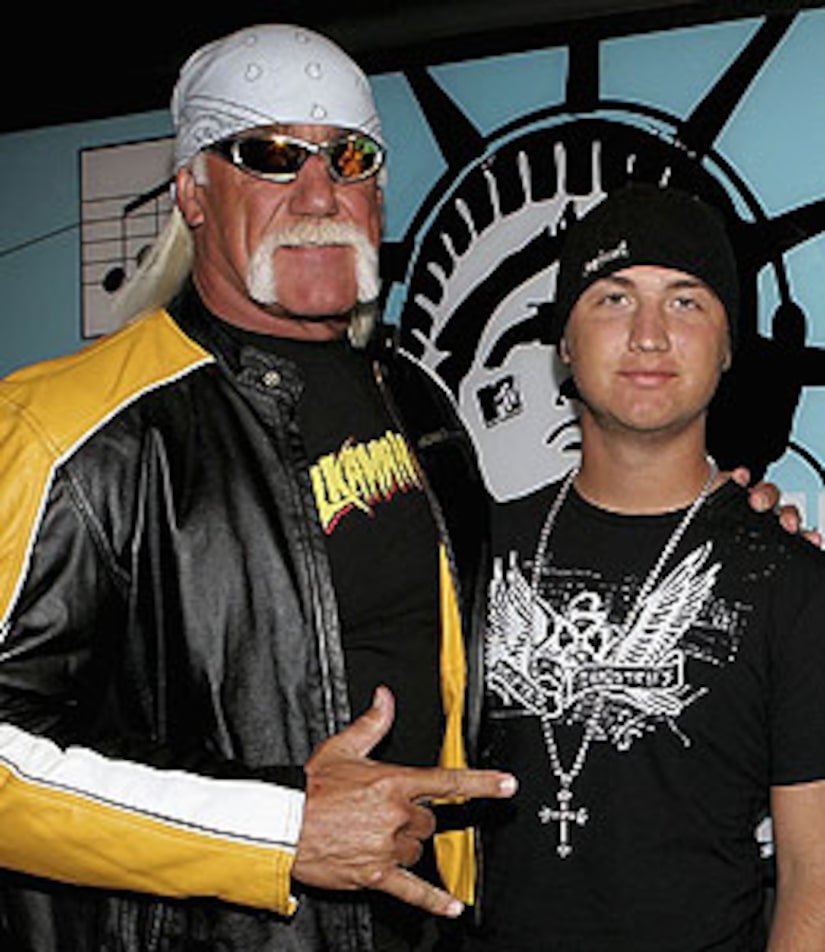 Former wrestler Hulk Hogan's son Nick was recently released from jail after serving 166 days in jail - and his father said that while Nick had a rough time, he's now "doing great."

"It was the toughest six months of my life," Hogan told "Extra" of his son's time in jail. "He got out a couple days ago -- I was so overjoyed. Before Nick went in he was a great kid. Things happen for a reason -- there's a reason why God rearranged our family. He's doing great."

Hogan contends that Nick's stint behind bars ultimately changed his outlook on life. "He was stripped of everything and had a chance to look at who he really is. He is different." Hulk continued, "I've seen something come over Nick that is so positive and real. I could care less what the tabloids write about my son."

Nick plead no contest to a reckless driving charge, after surviving an accident in which his passenger, John Graziano, was severely injured. "As soon as the accident happened, our whole priority was to help John," reveals Hogan. "He is like an extended part of my family. When this happened and John had this situation, the whole thing caught us off guard."