Madonna and her children were snapped leaving a Kabbalah center over the weekend in New York City -- while new reports suggest Guy Ritchie is requesting daily contact with his kids so they don't turn into "oddballs!" 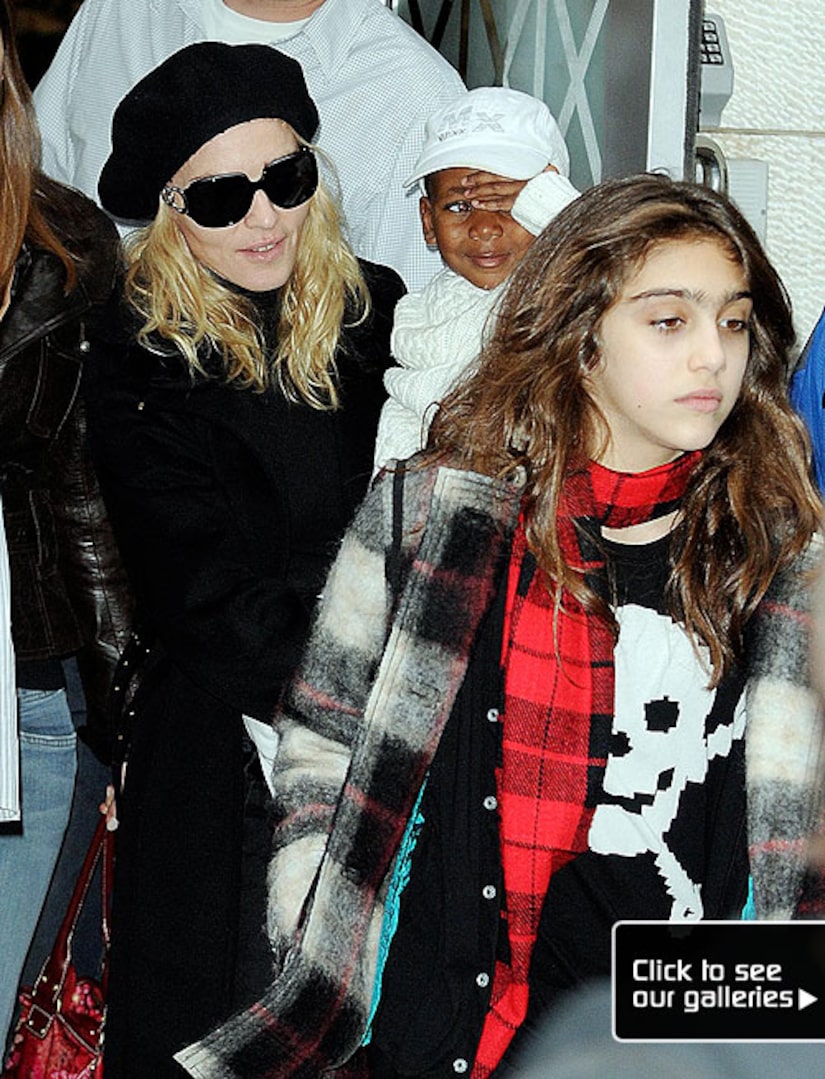 According to the Daily Mirror, Ritchie has been breaking Madonna's strict rules for their tots behind her back -- and wants them to remain normal kids. Celebrity blogger Perez Hilton tells "Extra" he isn't surprised by Guy's desire. "Madonna is very strict on how she is bringing up the children," says Perez. "No TV in the house, what they can and cannot eat -- Guy reportedly gives them normal food to eat behind Madonna's back."