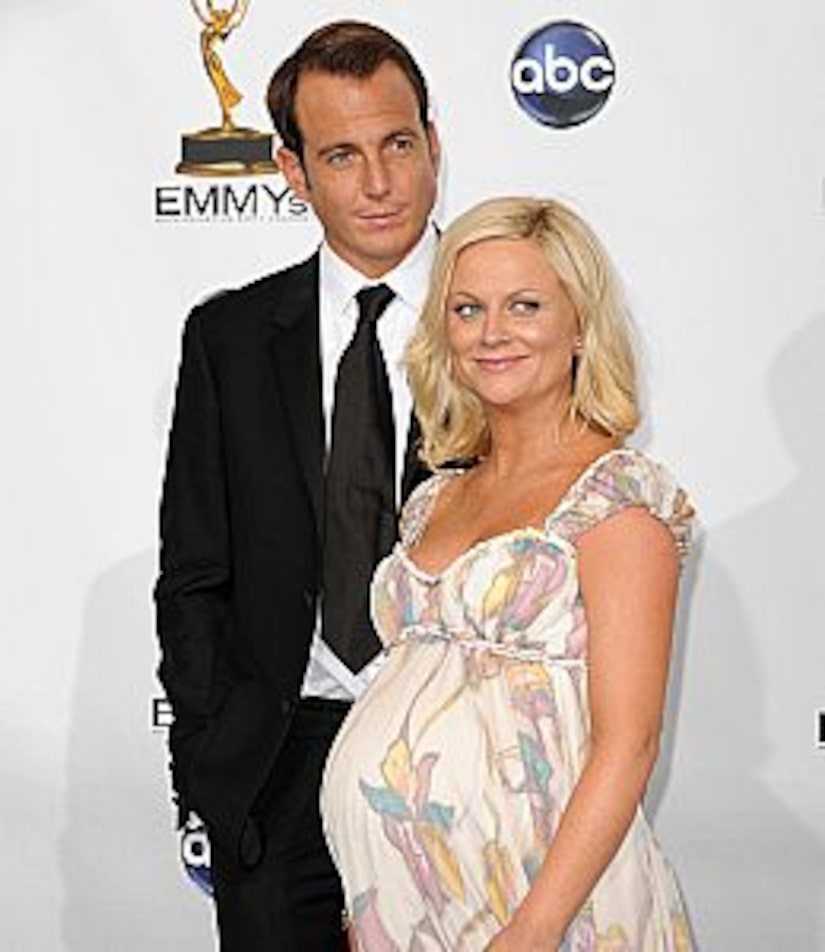 "I can confirm that Amy gave birth to Archie Arnett on Saturday," a spokesperson for the comedienne says in a statement. Archie weighed 8 pounds, 1 ounce at birth, and mother and son are "healthy and resting comfortably," according to the statement.
Poehler and her hubby of five years, "Arrested Development" star Will Arnett, announced in April they were expecting their first child in the fall.

During Amy's pregnancy, she was nominated for her first Emmy and continued to to co-host "Weekend Update" on "SNL" alongside Seth Myers.