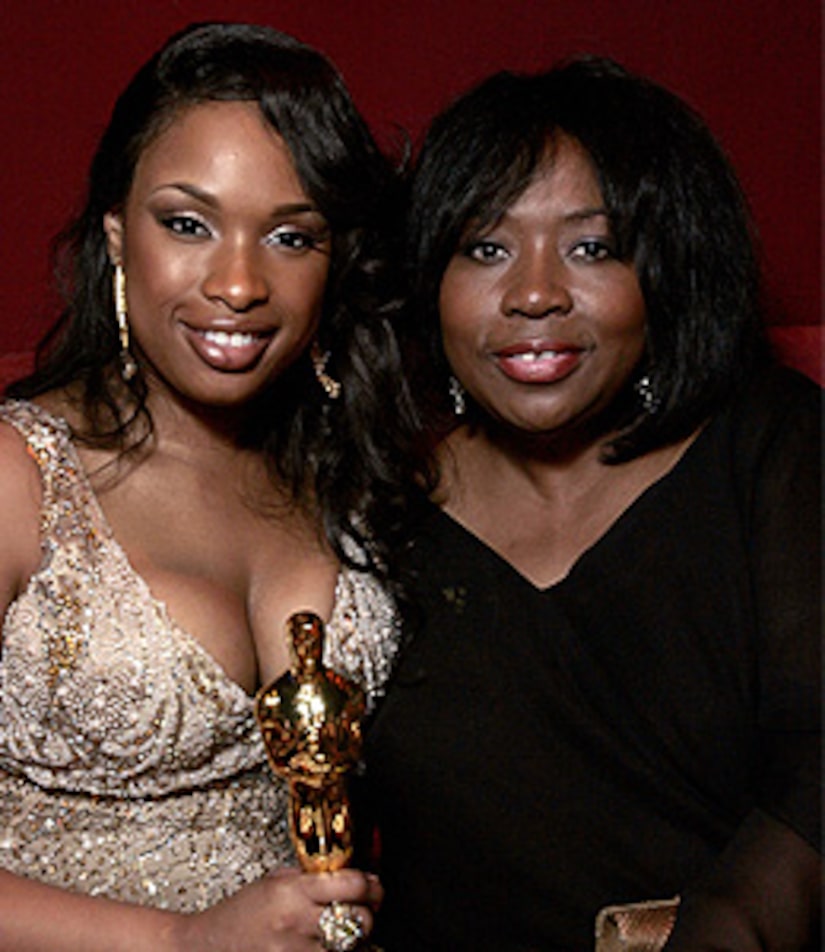 Dreamgirl Jennifer Hudson's mother and another victim believed to be Jennifer's brother Jason were found shot to death in a South Side Chicago residence on Friday in what has been preliminarily labeled a domestic shooting. (Hudson's father died when Jennifer was a teenager.)

The Chicago Tribune reports that according to public records, the home is owned by Darnell Donerson, Hudson's mother. Hudson, has not been injured, said her bodyguard to the Tribune before referring to a publicist.

A Chicago police spokeswoman said a young boy, either 6 or 7, is missing. Police identified the child as Julian King, but would not say if he is a relative of the star. Police are on the lookout for a white 1994 Chevrolet Suburban with Illinois license plate No. X584859, missing from the home, and the missing child may be in the vehicle. A source says the actress' sister reported the boy missing from the home.

Police are looking for suspect William Balfour, who may have abducted Julian. Balfour is considered armed and dangerous.

Jennifer, 27, appeared on "American Idol" in 2004 and won an Oscar for "Dreamgirls" in 2006. Jennifer announced her engagement to reality star David Otunga last month.

Hudson appears in "The Secret Life of Bees," which opened last Friday, and her song "Spotlight" is at the top of Billboard's Hot R&B/Hip-Hop charts.