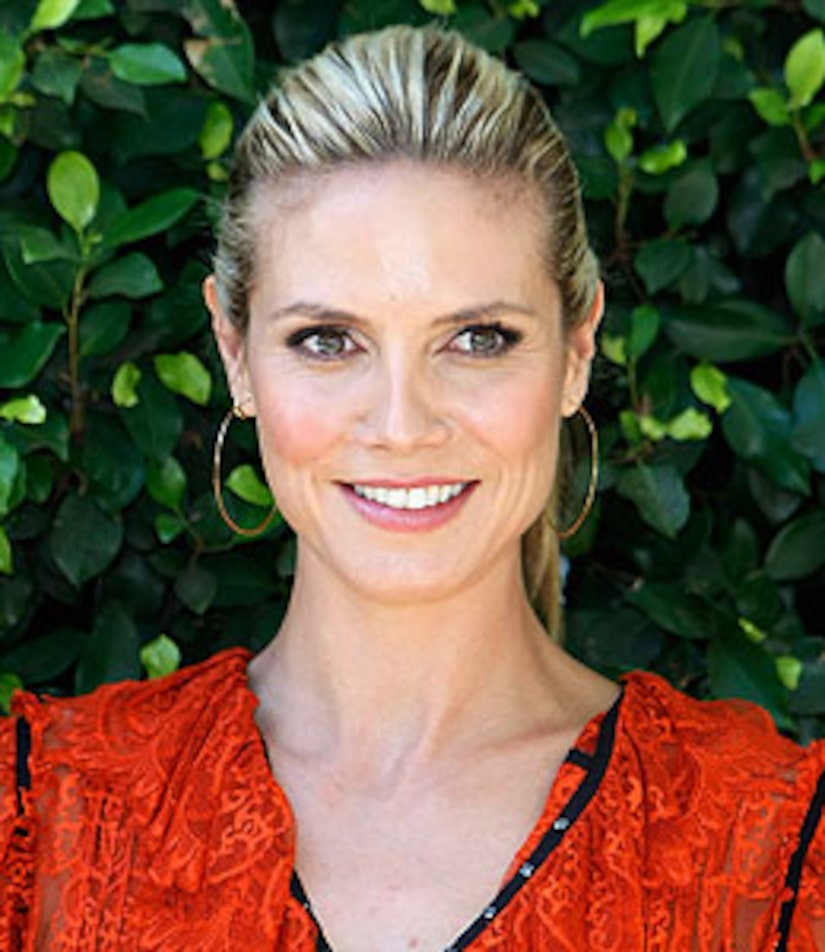 Supermodel hostess Heidi Klum is talking about her enviable marriage -- and the controversy behind her reality hit "Project Runway." Heidi opened up to "Extra" at the launch of her new "Got Milk?" campaign.

The long-legged beauty married singer Seal in 2005, and the couple still keeps it steamy. Klum revealed her secret to "Extra," saying, "I think he's hot and that's all there is to it, you know, and we have fun together." The globetrotting duo have two sons together, Henry and Johan, and Heidi has a daughter Leni from a previous relationship.

Emmy-nominated Heidi is hopeful for the new season of "Project Runway." The reality competition left the Big Apple and Bravo for La La Land. "We've shot the whole season already, we don't know what will happen, so we're kind of waiting to hear what the bigwigs have to say on what's gonna happen with this battle. I just hope we air." It was announced that the sixth season will be moving to Lifetime, but Bravo and NBC Universal are trying to prevent the hit show from going.