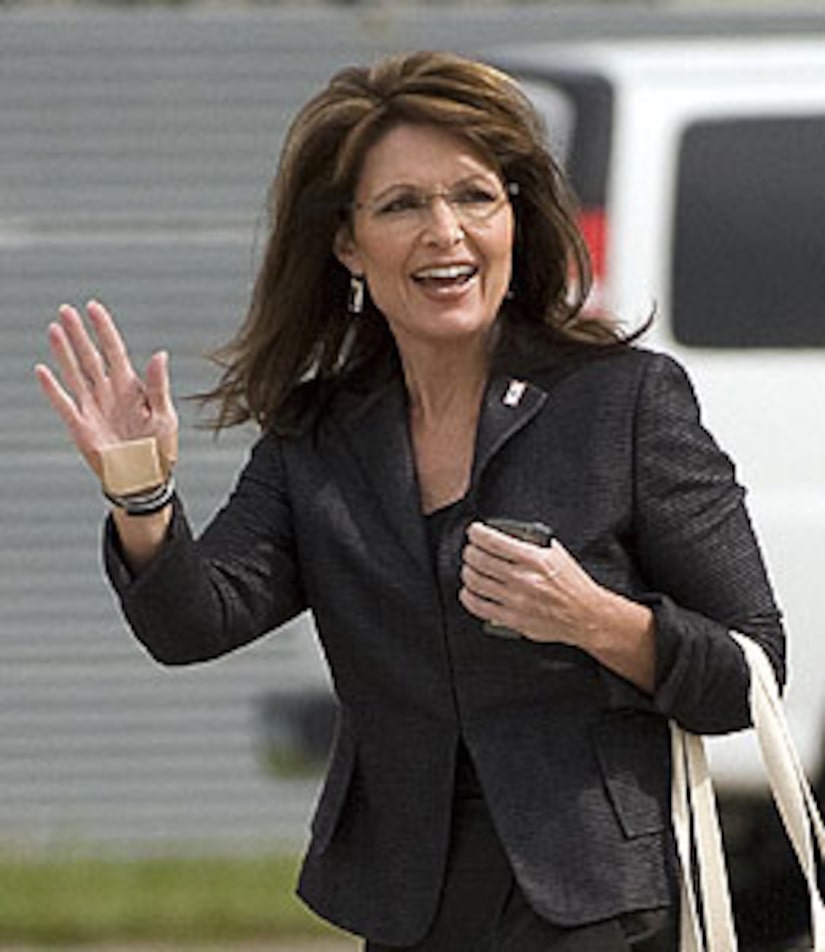 From lipstick on a pitbull -- to designer duds on a hockey mom! The GOP has spent $150 grand on "campaign accessories" -- including clothing, hair and makeup -- since Sarah Palin joined the Republican ticket as the VP candidate!

Palin has been gussied up by her party with $4,700 worth of hairdos and makeup in the past month alone! The expensive makeovers triggered a heated discussion on "The View" today, where Joy Behar blasted the GOP spending, saying, "I don't think Joe the Plumber wears Manolo Blahniks!" Conservative hostess Elisabeth Hasselbeck slammed back, "Are you looking into how much Joe Biden's Botox costs?"

Right-wing radio host Bill O'Reilly echoed Elisabeth's defense, blasting Joy Behar. "Your name is Joy! You should be joyful!" Bill then went on the offense against Senator Obama, saying, "He's a communist. Did I offend you? Okay, he's a socialist."

McCain spokeswoman Tracey Schmitt defended the shopping sprees today. "With all of the important issues facing the country right now, it's remarkable that we're spending time talking about pantsuits and blouses. It was always the intent that the clothing go to a charitable purpose after the campaign."

Sarah wasn't the only one getting pampered by the Republican Party -- Arizona Senator John McCain reportedly spent a whopping $8,600 on a professional makeup artist during September.