Lindsay Lohan and GF Samantha Ronson were all smiles at Sam's sister Charlotte's fashion show in Tokyo today -- even though the net is buzzing with reports that LiLo took a liking to "Gossip Girl" star Chace Crawford! 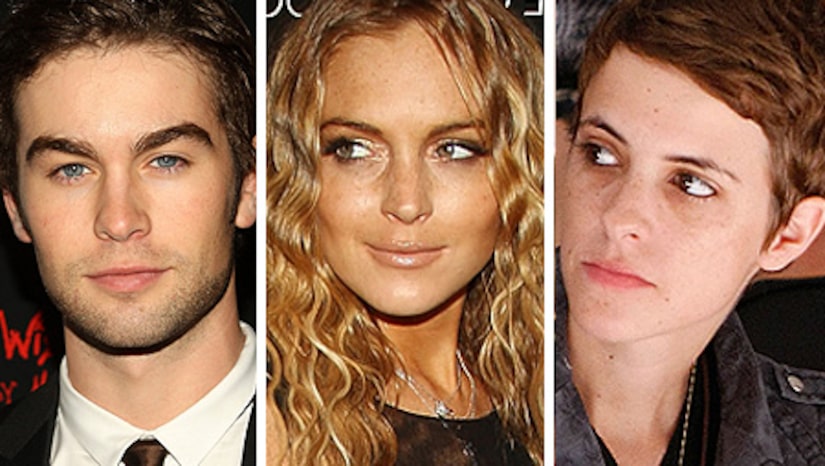