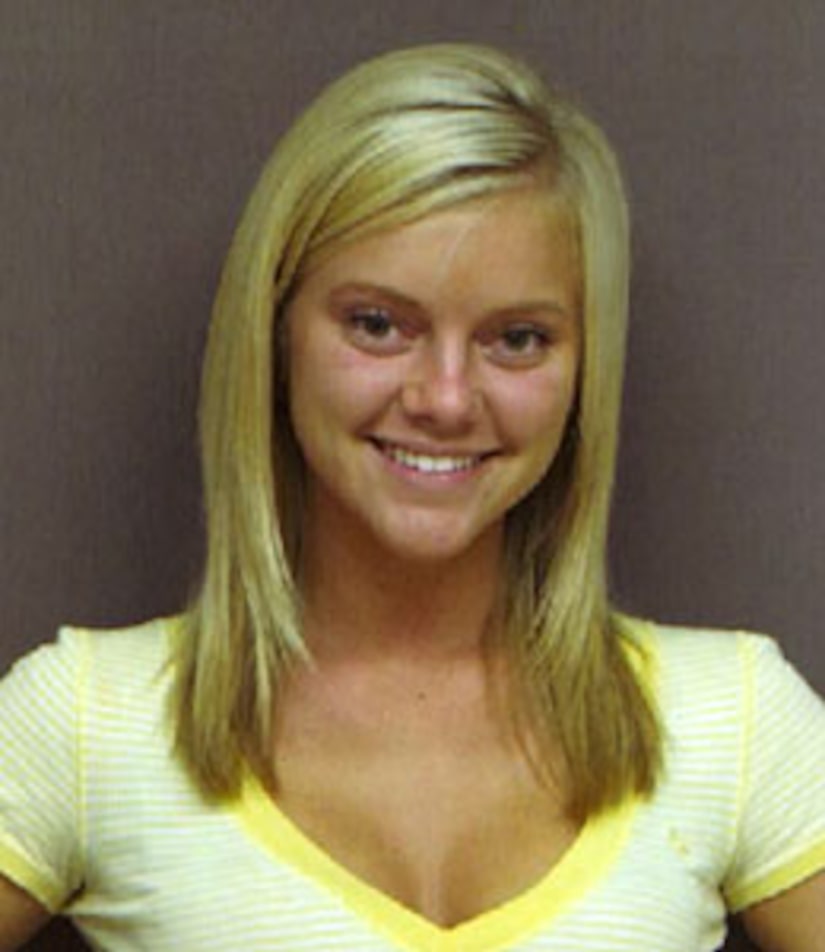 Lindsey Evans is the quintessential beauty queen gone bad! The reigning Miss Teen Louisiana was caught trying to skip out on a dinner tab! Evans is pictured here in her mugshot.

A Bossier City police report says Evans and her pals ditched their $46 bill at Posados Café in Bossier City, LA -- only to later realize that the 18-year-old pageant winner left her purse behind. Police spokesman Mark Natale told the paper that the handbag included Lindsey's identification and a bag of marijuana, helping cops to bust her.

When Evans returned to get her purse, officers recognized her from her I.D. and she was arrested, along with her pals. Fellow diner Jennifer Martin, 22, said Lindsey left cash for her portion of the bill -- and blamed the remainder of the missing money on their restaurant service, telling the NY Post, "The service was so slow, we just said, 'screw it' and left."

The police report also states Lindsey was booked on charges of theft and possession of marijuana.

A pageant spokesperson has released the following statement: "Lindsey Evans has been part of an organization that believes in opportunities when earned and consequences when warranted.

"Due to recent circumstances, Lindsey has been relieved of her duties as Miss Louisiana Teen USA 2008 effective immediately. RPM Productions, Inc. wishes Lindsey success in her future endeavors."