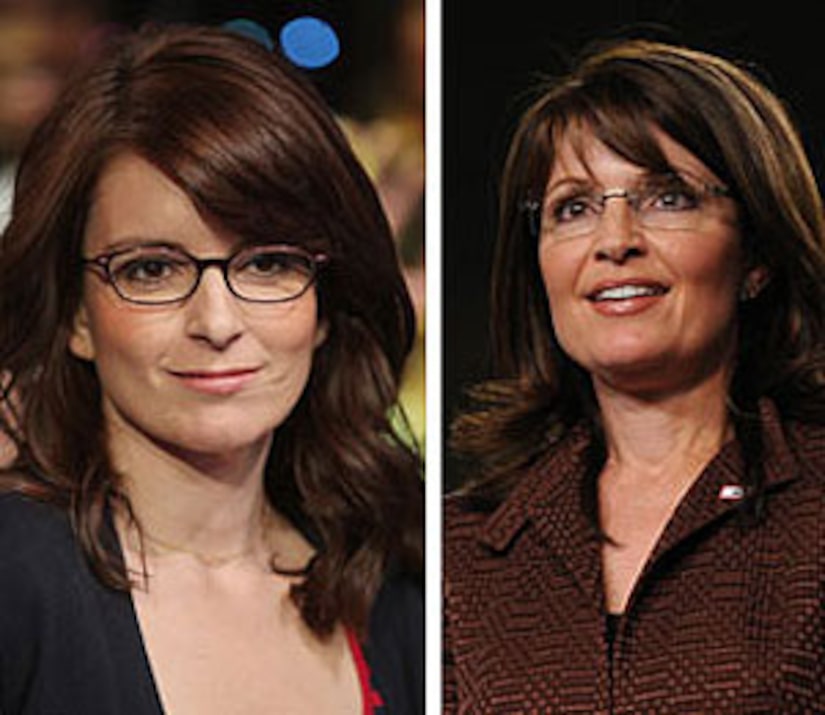 Sarah's spoof on "SNL" earned her a surprisingly good review from Fey, who answered, "Good, good," when asked how Palin did on the show. The governor was spotted pre-show, carrying baby Trig at the hotel where TMZ reports Palin used the alias "Tina" to check in -- and gushed about how much fun she had on the show. "It was so much fun, and the cast members were just amazing -- talented and sharp." Palin told APTN. "It was a blast."

Alec Baldwin praised Palin as "polite and gracious" -- while "SNL" alum Chevy Chase had a completely different view of Sarah. "Obviously, nobody wrote anything for her," Chase said. "It's not like she did anything -- what can you write for her?! It's like writing for a pecan pie or something."

Tina praised Sarah's cameo, and while the two barely glanced at each other while they shared the screen -- did they speak backstage? According to cast member Jason Sudeikis, that's a yes. "I saw them say hello to each other... a little bit here and there," he revealed.