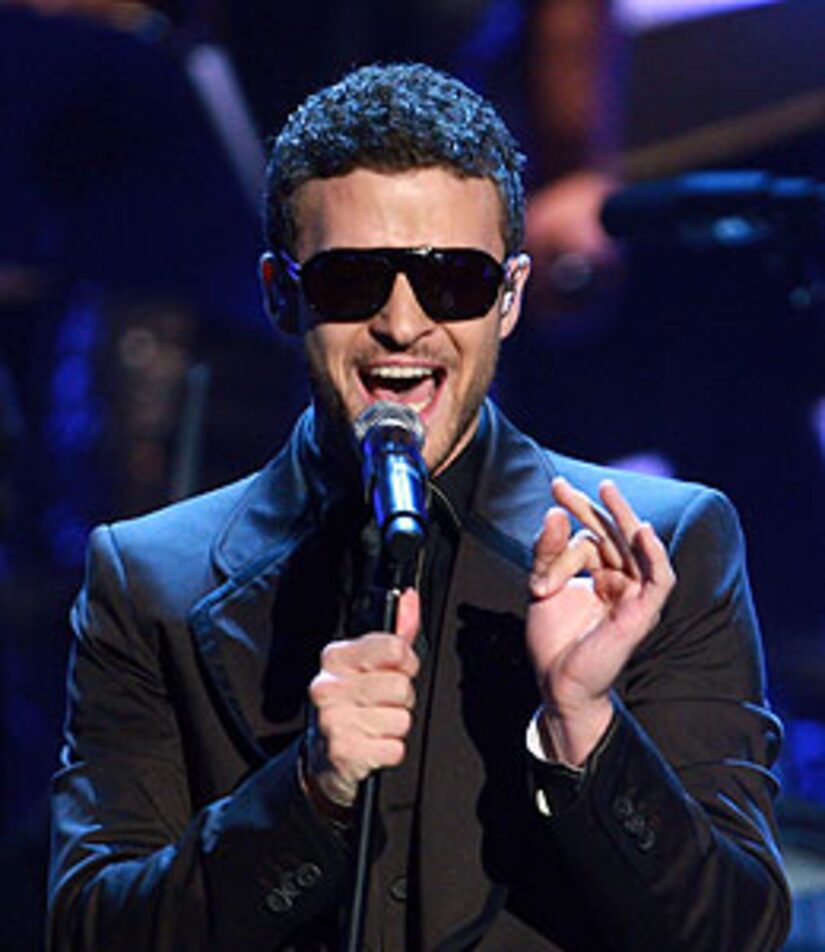 Justin Timberlake took the stage in Las Vegas in a concert benefiting Shriners Hospitals for Children -- and the "Rock Your Body" singer admits that prior to his appearance, he had to study up on his own songs!

"I haven't played these songs since December," JT admits. "So I had to actually had to re-learn songs that I had written -- if you can believe that." When asked, Justin confessed that he has even forgotten lyrics to songs he wrote, answering, "Absolutely, absolutely."

The former *NSYNC star was joined by musical bigwigs like Rihanna, Adam Levine, Lionel Richie and Leona Lewis at the "Planet Hollywood Resort and Casino" to raise funds for ill children. "It's important to give back, especially for what we do," Lewis said of her participation.

Timberlake also answered an "Extra" fan cam proposal from a fan looking to say "I do" to the sexy singer! "Maybe dinner and a movie first," Justin joked of marrying the fan. "I know we're in Vegas right now but I'm not a spur of the moment guy when it comes to life altering decisions like that."