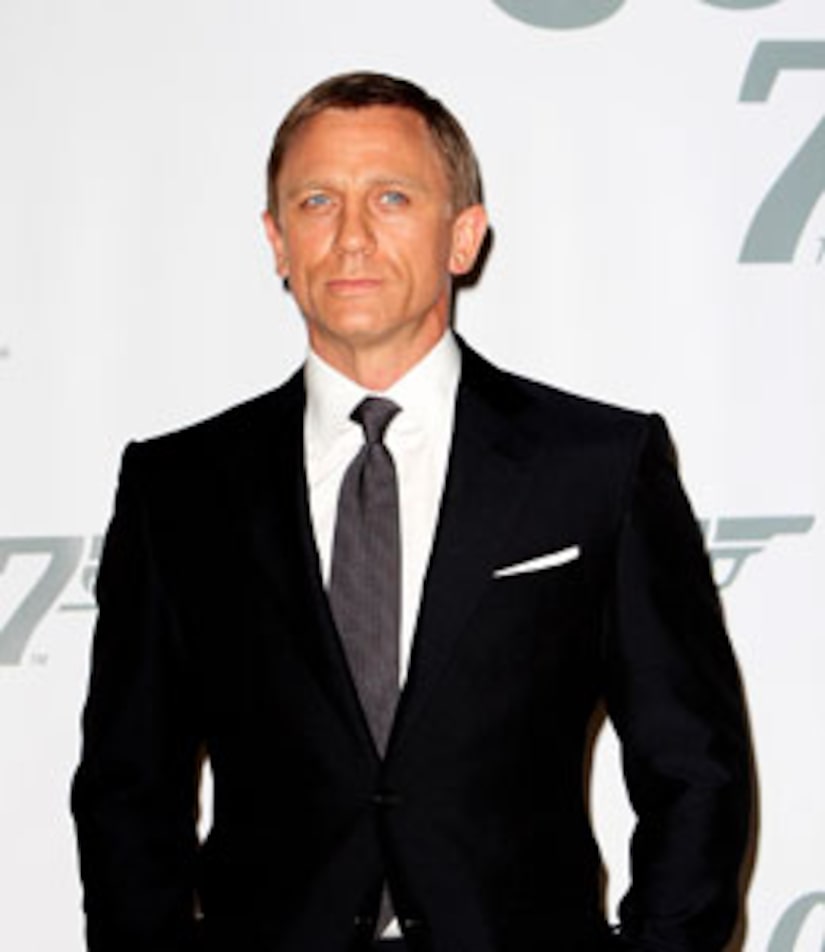 James Bond is back -- and actor Daniel Craig is taking aim at rumors surrounding his return!

The "007" star was nearly torn to pieces while filming "Quantum of Solace," the latest installment in the James Bond franchise. "I had to stop filming. There was blood everywhere," Daniel reveals. "Someone kicked me -- it was a mistake. I put my face in the wrong place."

Despite his injuries on the set, Craig tells "Extra" that his wounds were exaggerated online! "A lot of things got blown out of proportion on the Internet," Craig insisted, nixing one story that suggested he lost his finger. "I lost a chunk of skin." Rumors have also been swirling that Craig underwent plastic surgery for a face injury. "It was a bloody mess," Daniel confirms. "We went to a very fine plastic surgeon and he stuck eight tiny stitches in it."

Craig says it was Pierce Brosnan who convinced him to take over the role of James Bond. "I sat next to him at the BAFTAs," Daniel told "Extra." "After dinner, after having enough to drink, I just went over and said, 'Look, it's not in the cards. It might be in the cards. If it were to be in the cards, what should I do?' And he said, 'Go for it. Just go for it. You've got to have a go at this."

As for Craig's favorite Bond, he reveals, "Sean Connery without a doubt -- nothing against Pierce and everyone else." Craig also tells "Extra" that his favorite Bond movie is "'From Russia with Love.' The best bad guy. You felt like Bond was in danger."

To find out whether or not this martini-shaking bad boy is ready to say "I do," click here.