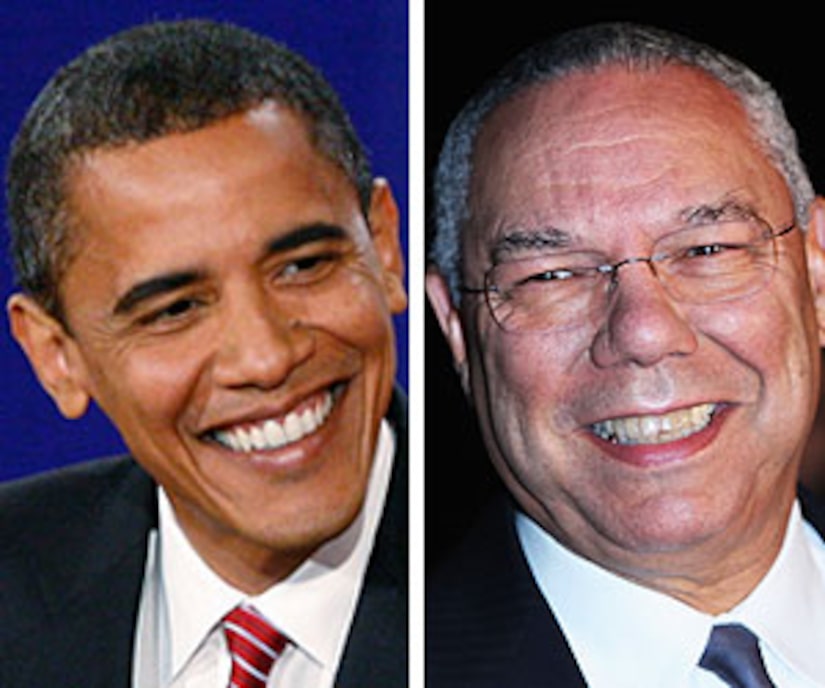 "We need a president that will not just continue, even with a new face and some changes and with some maverick aspects, will not just continue basically the policies that we have been following in recent years," the 71-year-old announced this morning on "Meet the Press," as reported by the L.A. Times.

Colin -- who was President Bush's first Secretary of State and served in three GOP administrations total -- called the Illinois senator "a transformational figure."

Powell stated that while he felt both Obama and McCain are qualified to lead from the White House, Sarah Palin -- McCain's choice for VP -- is not. Colin also opined that Barack was better equipped to deal with the nation's financial crisis.

McCain responded to Powell's suggestion that Obama is ready to lead with an interview on "Fox News Sunday," stating that he and Powell "have a respectful disagreement" on the matter.