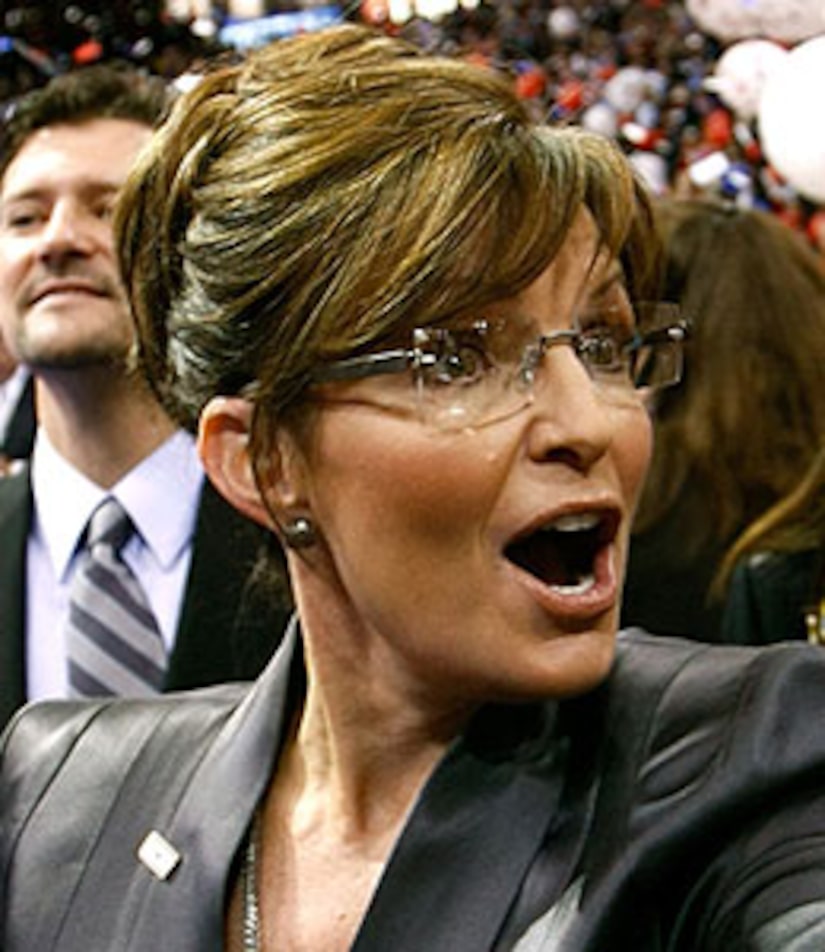 Political blogs are buzzing about Sarah Palin appearing on "Saturday Night Live" tonight. It looks like Gov. Palin might have a difficult time in front of the live audience and hot lights -- and she has yet to see a script!

Palin spoke with talk show host Neal Boortz Friday morning on his syndicated radio program. She told Boortz she had not seen a copy of the show's script, "They haven't even hinted about what that script is going to say." Will Palin be improvising? The Alaska governor isn't worried. She said appearing on "SNL" would give her the chance to "rise above the political shots that we take."

The Republican vice-presidential candidate told the press on Friday she was appearing on the show this weekend. Earlier in the week, running mate John McCain said the 'SNL' spot was a go, but NBC has yet to confirm Palin will be on the show. On Friday, a spokesperson for the show said, "We're not talking."

Tonight's episode will no doubt have a political theme. Guest host Josh Brolin is currently appearing as George W. Bush on the big screen. The Bush biopic "W." opened Friday and stars a wig-wearing Brolin with a thick Texas drawl.