John McCain and Barack Obama threw aside the political barbs for a night of comedy -- with uproarious results. In one of the most memorable and relieving nights of their race to the White House, the two poked fun at each other and themselves with self-deprecating humor... all to the delight of the A-list crowd at the Alfred E. Smith Memorial Foundation Dinner in New York. 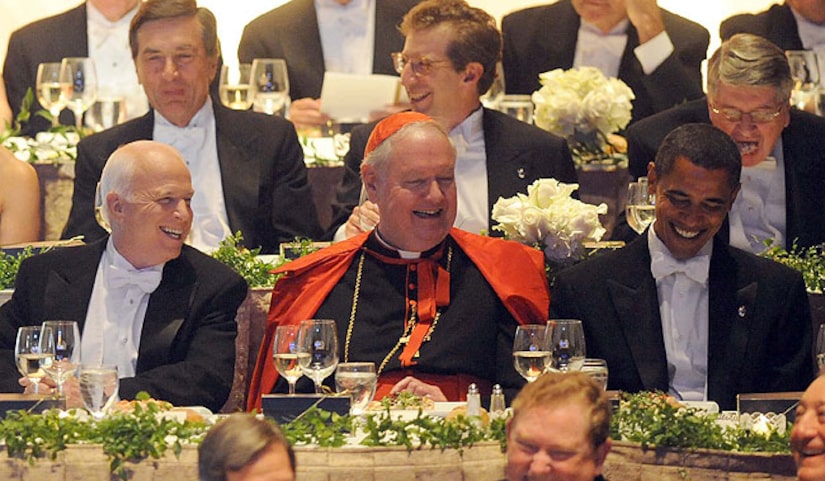 "Contrary to the rumors you have heard, I was not born in a manger. I was actually born on Krypton and sent here by my father, Jor-el, to save the planet Earth," Obama quipped as the crowd roared. He also joked that his greatest strength "would be my humility," and his weakness is that he might be "a little too awesome."

McCain talked about Joe the Plumber, the Ohio man he'd referenced nearly twenty times in Wednesday night's debate, and cracked, "What they don't know is that Joe the Plumber recently signed a very lucrative contract with a wealthy couple to handle all the work on all seven of their houses."

The dinner is a long-held tradition in which presidential candidates give comedy their best shot -- giving a shot of much-needed humor to an election fraught with tough political campaigns.

The Senators closed their speeches with heartfelt congratulations to their opponents -- with McCain saying of Obama, "It's not for nothing that he's inspired so many folks in his own party and beyond." Obama said few have served America with "the same honor and distinction" as McCain.

The dinner, organized by the Catholic Archdiocese of New York for the benefit of needy children, raised an estimated $4 million.