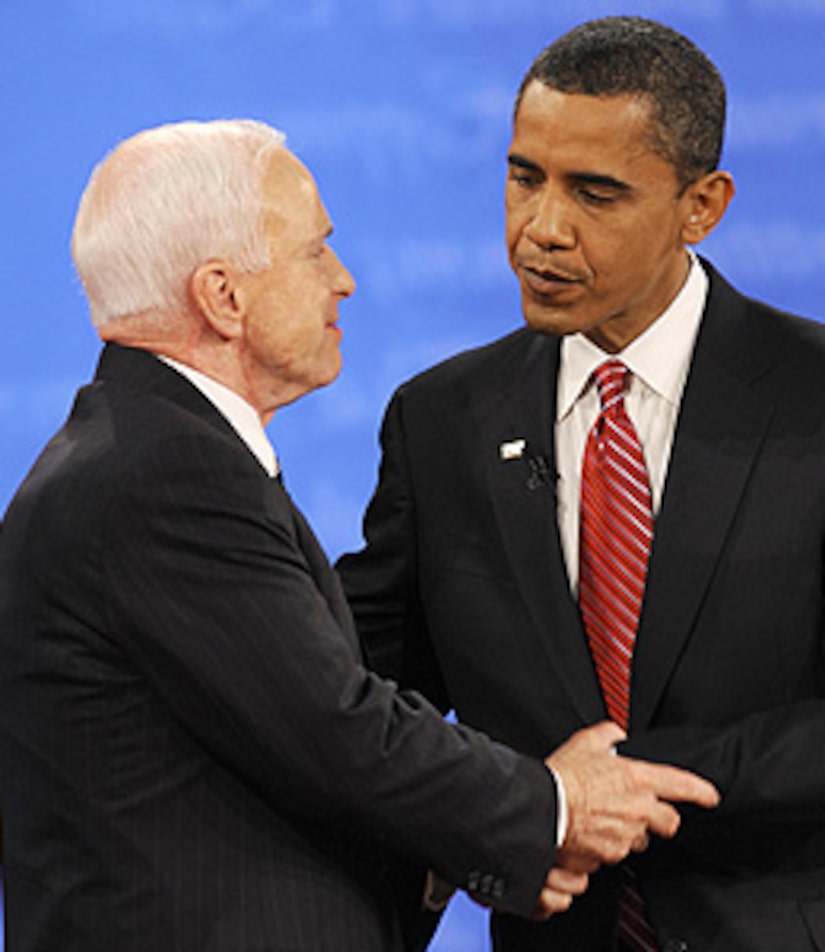 Joe Wurzelbacher went from a lowly plumber in Toledo, Ohio to the most-talked about man on the campaign trail last night, as McCain and Obama tried to woo him with their tax platforms.

"It's pretty surreal, man, my name being mentioned in a presidential campaign," Joe told the NY Post. The handyman approached the Dem nominee at a rally and stated that Obama's plan would tax him more, to which Barack replied, "It's not that I want to punish your success. I just want to make sure that everybody who is behind you, that they've got a chance at success too -- and I think that when we spread the wealth around, it's good for everybody."

During the debate, McCain slammed Obama's tax plan as being too costly for small business owners. Barack replied with a detailed answer, claiming his reforms would help the middle-class.

Who is Joe to believe -- and vote for? "That's for me and a button to know," Wurzelbacher said.