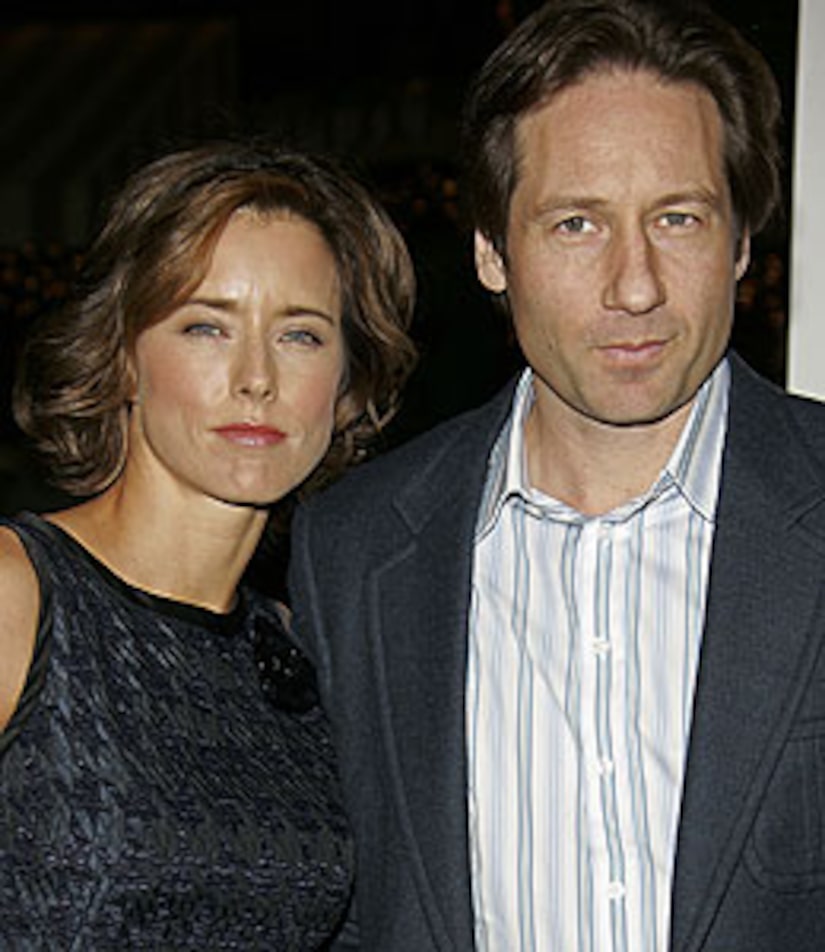 The statement continues, "The couple had hoped to keep this separation private for the sake of their children."

MomLogic.com's Dr. Shannon Fox says this type of addiction gets progressively worse until treated. "Like with any addiction, sex addiction is progressive," says Fox. "The things that used to satisfy them are no longer satisfying."

David has been married to Tea for 11 years, and they have two kids -- daughter Madelaine, 9, and son Kyd, 6.