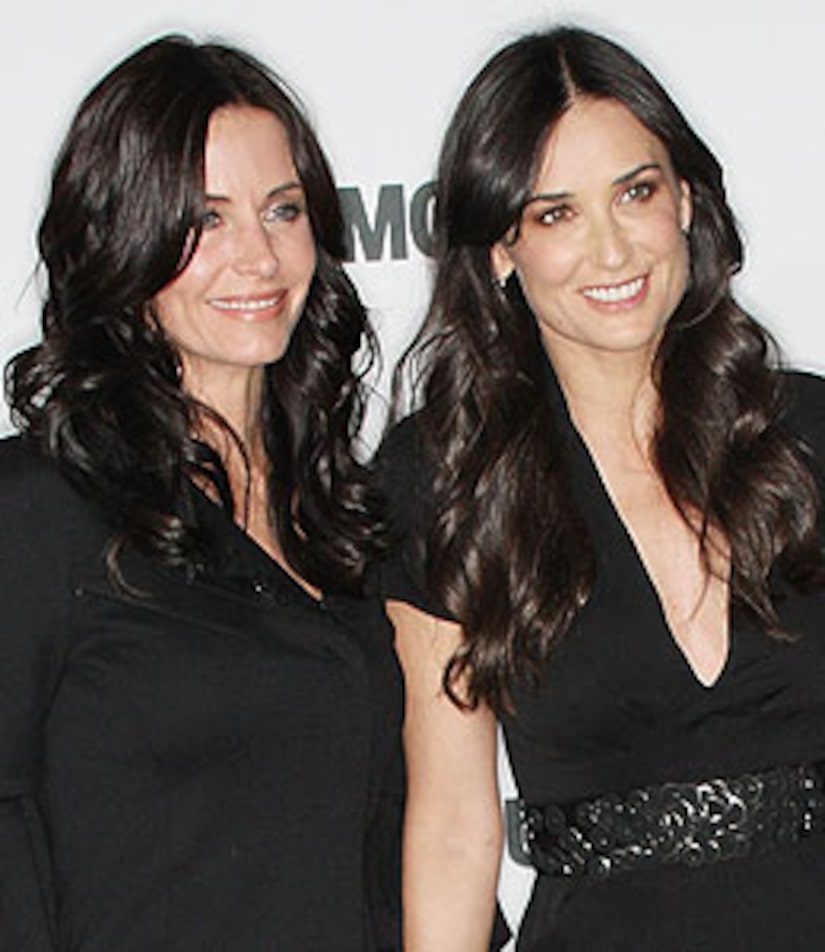 "Extra" was on the red carpet at the Glamour Reel Moments in Los Angeles -- a series of short films for Glamour magazine, directed by actresses Courteney Cox and Demi Moore!

Courteney revealed to "Extra" that she felt right at home behind the camera. "I love it. It was great -- perfect for my personality. I want to do it again." Courteney was joined at the event by best "Friend" Jennifer Aniston, who showed up stag, despite rumors she's on-again with ex-flame John Mayer. Will the real-life gal pals reunite for a "Friends" reunion? "Unfortunately, no," Courteney tells "Extra."

"I call us the class of 2008," laughed Demi. Mrs. Ashton Kutcher directed the film "Streak" -- which starred daughter Rumer -- born into the business with parents Demi and ex-hubby Bruce Willis. "I really didn't know what to expect," Demi admits of directing her daughter. "It was like shifting gears to two professionals."

Demi has made headlines for her fabulous body at 45, but the mother of three insists that the only secret to her exercise regime is not to take it too seriously. "I don't obsess," Moore reveals. "I remember the most important thing is to have fun."