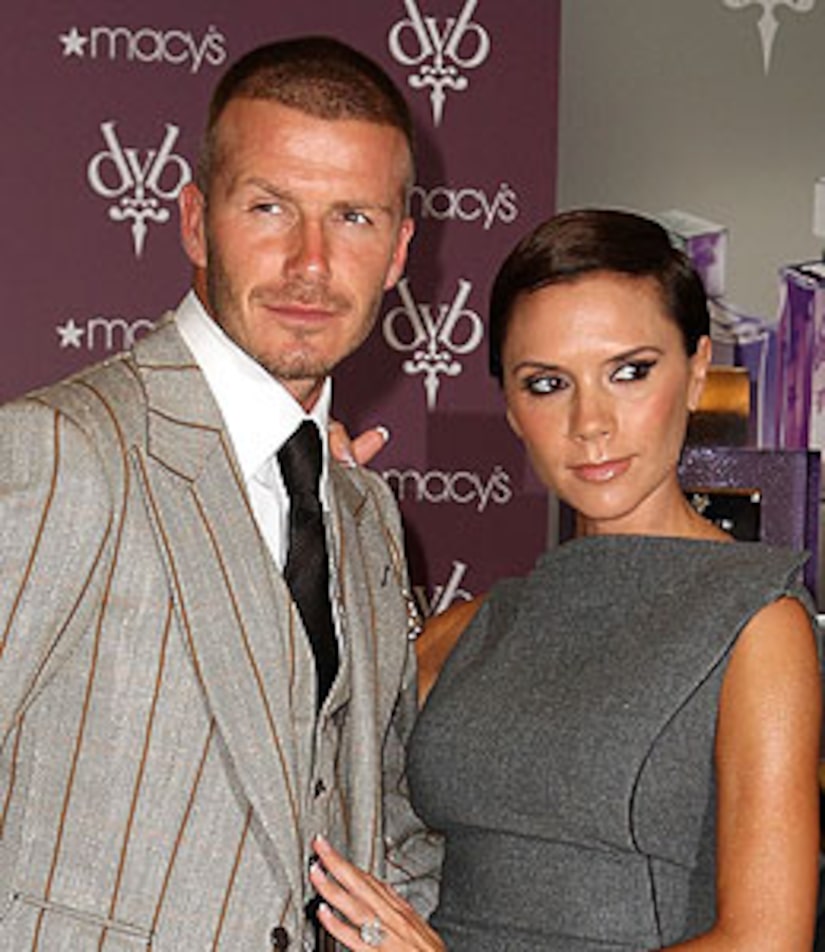 While Victoria and David Beckham enjoy their home on this side of the pond, two housekeepers working at their English estate -- dubbed Beckingham Palace -- have been arrested for stealing.

Cops busted Eric Emmett, 55, and wife June, 56, after personal items -- including football boots, sportswear and designer clothes were reportedly stolen from the British brood's UK home and put up for sale on eBay, according to AP. It's so hard to find good help nowadays.

Mr. Emmett denies the allegations, telling BBC News that the accusations that he and his wife stole from the British superstars were "nonsense."

While no charges have been filed, UK police have issued the following statement, as obtained by Us Weekly: "We are currently investigating an allegation of theft from a private address in Sawbridgeworth. The theft was reported to police at 4:45 PM on Friday, October 10, 2008. A 56-year-old woman from Essex and a 55-year-old man, also from Essex, have been arrested in connection with this incident and are currently on police bail."