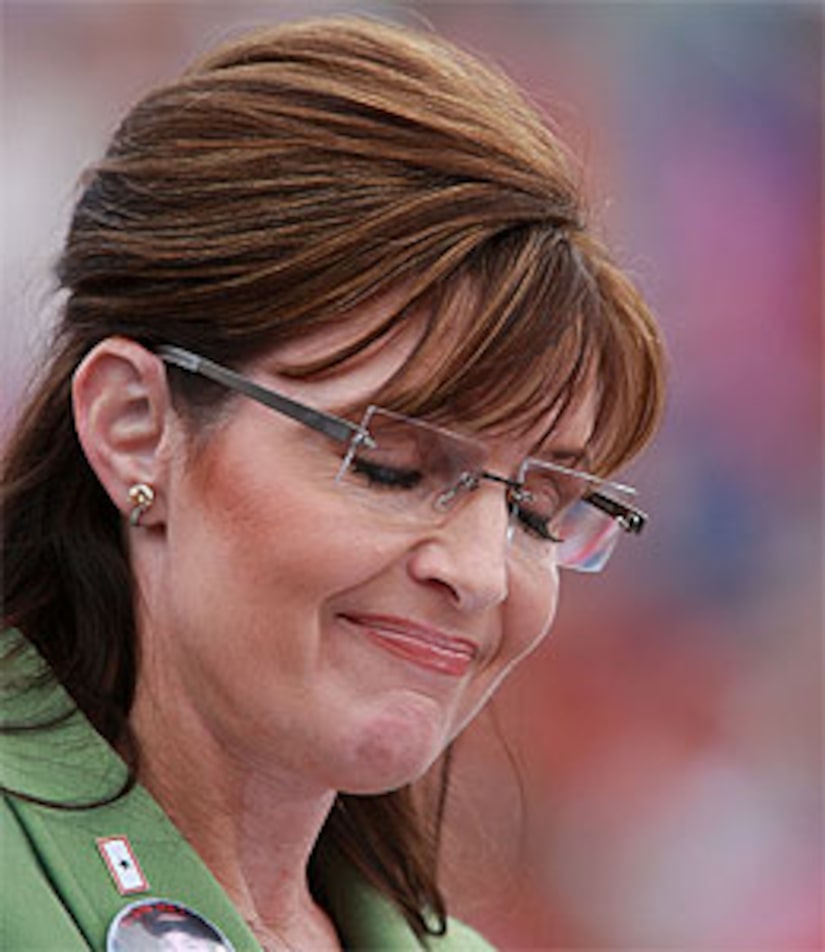 Republican VP candidate and self-proclaimed "hockey mom" Sarah Palin dropped the puck to start the season for the Philadelphia Flyers -- and received a frosty reception from the crowd -- who booed!

Sarah's impersonator, Tina Fey, isn't throwing support behind the Alaska governor either -- she told TV Guide that while performing in the "SNL" sketches is fun, "If she wins, I'm done. I can't do that for four years -- and by I'm done, I mean I'm leaving Earth."

Time magazine's Mark Halperin says the "SNL" Fey effect could cost the GOP some serious votes. "You don't want to be a laughingstock. I think Tina Fey's impersonation on balance has probably hurt Sarah Palin and John McCain."

Win or lose, Sarah will soon become a grandma. Daughter Bristol's beau, 18-year-old Levi Johnston, just hinted that the teens may be expecting a boy.