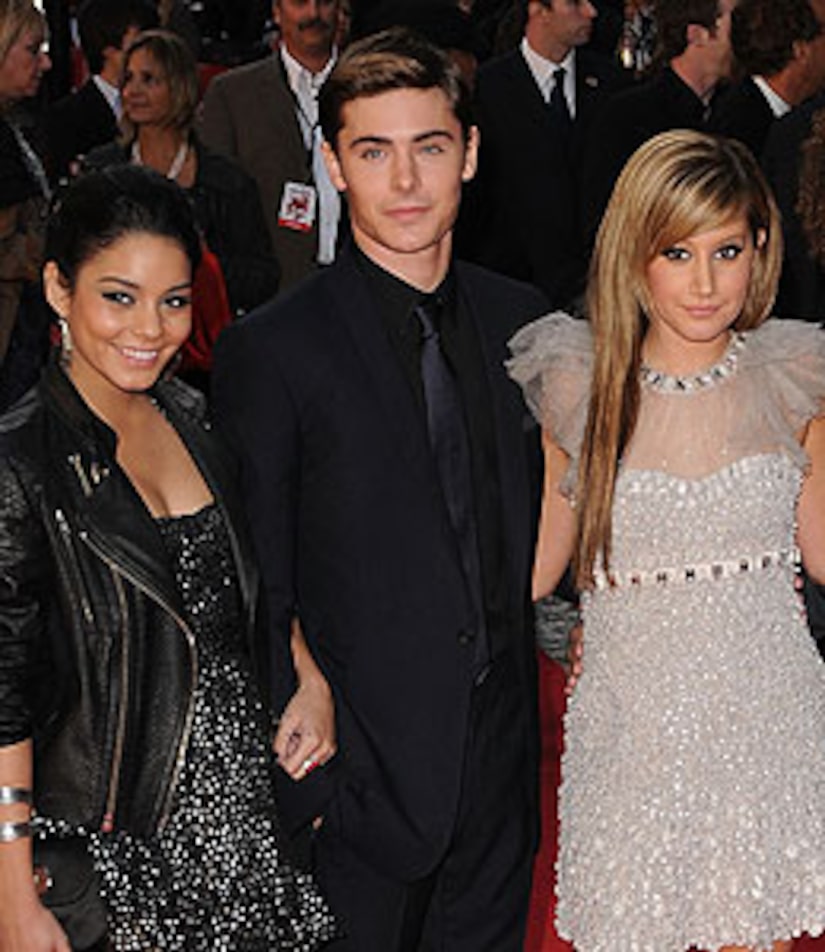 The "High School Musical" stars have been asked for autographs in many different places -- but the Disney teens are revealing that the oddest requests for signatures are made in the restroom!

"I was at In-N-Out, and I was actually going to the bathroom and people put their napkins underneath the stall!" Ashley Tisdale told People magazine. "That was the weirdest place someone's ever asked me for my autograph."

Co-star and real-life best friend Vanessa Hudgens revealed that she had a similar experience, but that she "finished my business first before signing."

Heartthrob Zac Efron manages to escape his throngs of female fans when he uses the restroom -- so the girls send their dads in to snag his signature! "The fathers are like, 'Look, man. We've been finished eating for an hour and a half and my daughter won't let me leave!'"