GOP VP hopeful Sarah Palin is the only woman running on a presidential ballot this year -- but it was her rival Obama who had his A-list supporter, Oprah Winfrey, rallying for women votes in Chicago. 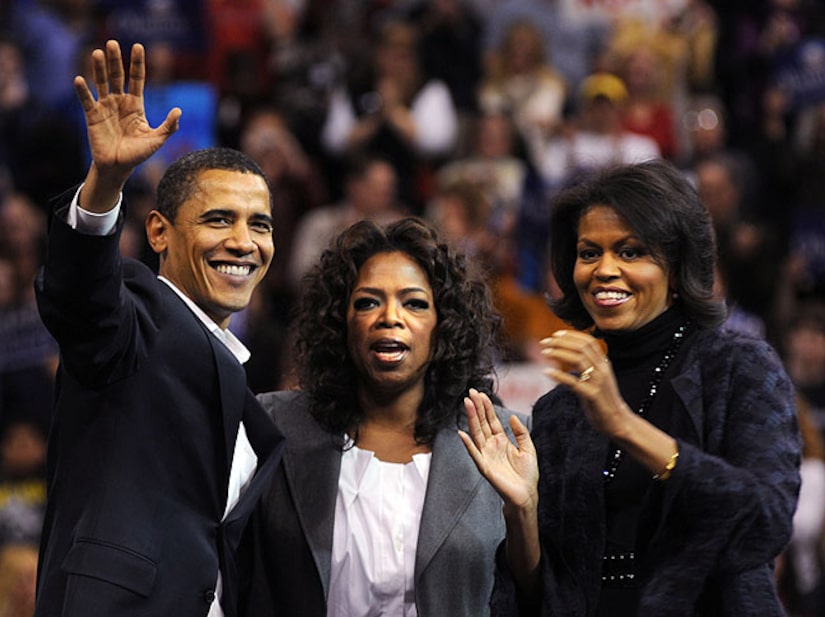 Winfrey -- who has been a public advocate of Obama since he launched his campaign -- opened the National Women's Leadership Issues Conference with a speech that the press wasn't invited to.

In the past, Lady O has described Obama with glowing praise -- telling the Huffington Post that Barack's DNC acceptance speech was "the most powerful thing I have ever experienced." The talk show queen was spotted arriving at the Sheraton Hotel in Chicago -- where the conference was held -- in a black SUV.

Winfrey was joined by First Lady hopeful Michelle Obama, who urged her fellow ladies to support the democratic ticket -- and encourage their female friends to do the same. "The leadership of women will be critical, because we all know, when you need something done, we can get it done," Michelle stated.