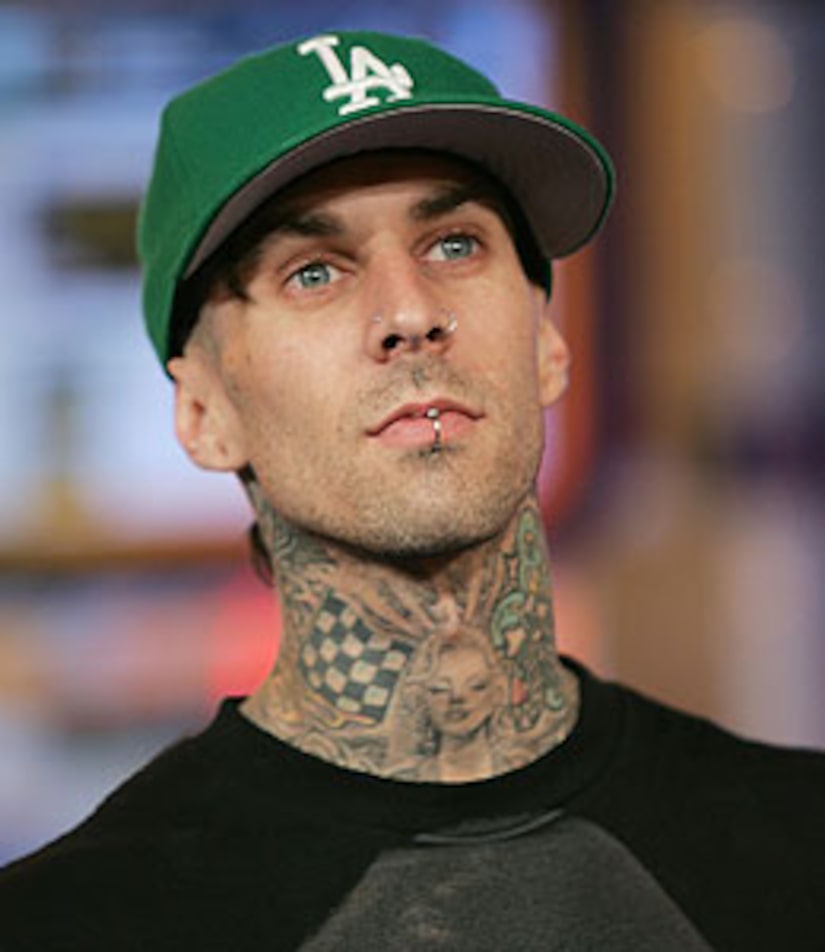 Former Blink 182 drummer Travis Barker suffered severe burns in a plane crash last month that killed four others -- and Barker is expressing gratitude for having survived the horrific accident.

"I hate planes," Barker told Us Weekly. "My biggest fear ever is to be involved in a plane crash, so when that happened... well, I'm just thankful to be alive. I'm just grateful to be here at all." Two of Barker's associates died in the crash, plus the pilot and co-pilot.

The drummer was released from the Joseph M. Still Burn Unit in Georgia last week -- and opted to travel home to L.A. by bus, where his treatments continue at a burn center.

"I am doing the best I can possibly be," Barker admits. "I'm so anxious to get out of here -- I've just been in surgery after surgery. I have third-degree burns basically from my feet up to my waist and both hands. One of my hands has second-degree burns and one has third-degree burns."

Barker, 32, was joined on the bus ride by his dad, and his ex-wife Shanna Moakler, with whom he has two children that he's anxious to be with again. "I'm trying to have a quick recovery and play the drums again, and be able to hold my kids again."

Travis had finished a performance with DJ Adam Goldstein, better known as DJ AM, before the two boarded the doomed flight in South Carolina. The two musicians were the only survivors of the crash.