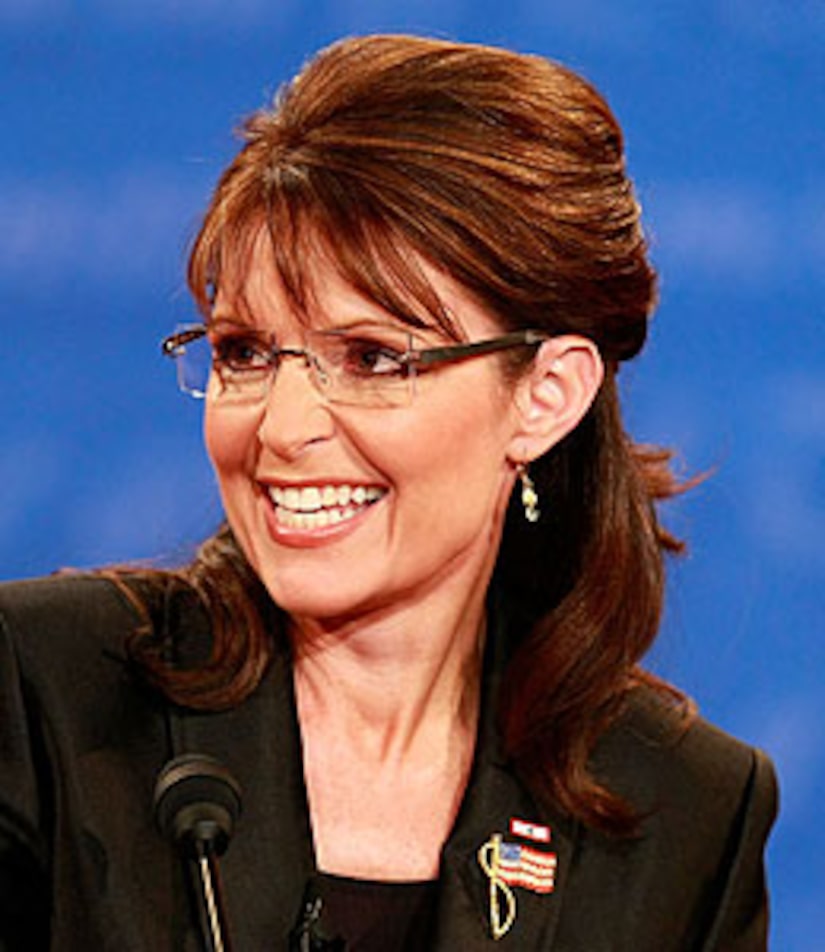 According to the Chicago Sun-Times, the Alaska governor allegedly wants to spoof Fey's American Express commercials. While nothing has been confirmed, a GOP insider reveals to the newspaper that "there's a debate going on about how to respond."

The next new episode of "Saturday Night Live" doesn't air until October 18 -- but there's a possibility that Governor Palin may pop up on one of NBC's "Weekend Update" specials in prime time, which start this Thursday.