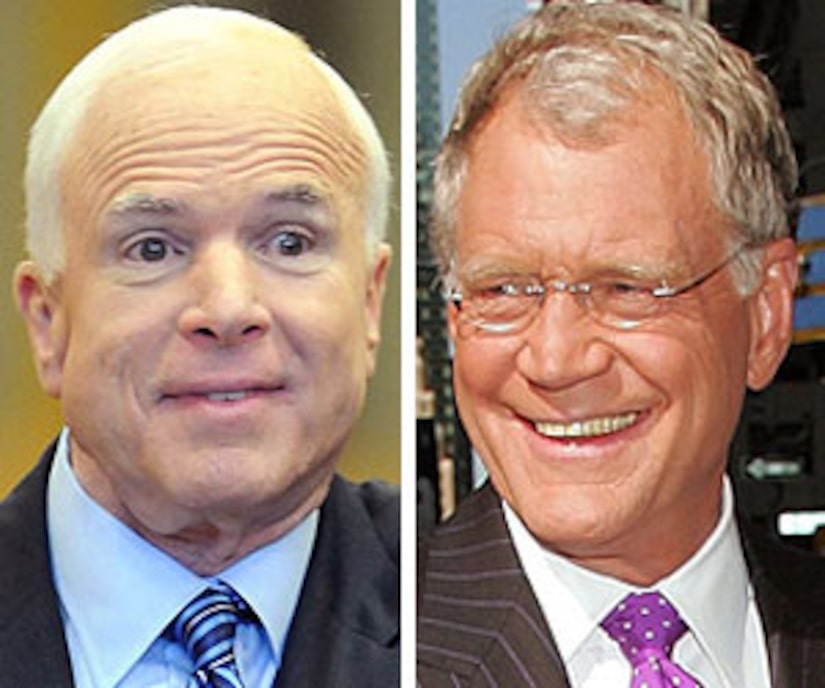 David Letterman has been relentless with pointed barbs candidate John McCain pulled out of a scheduled appearance on "The Late Show" -- only to be interviewed by Katie Couric. Now rumor has it the two are looking to patch things up.

According to the NY Post, reps for the GOP camp are reportedly in talks with executives for Letterman's show. They're said to be negotiating a McCain appearance on "The Late Show" sometime around October 15 -- the date of the final presidential debate.

When Dave found out John was sitting down with Katie, he broadcast a feed of McCain getting his makeup done -- after McCain told Letterman he was on his way to the airport. Since the incident, the comedian has blasted McCain and Palin every night on his show.

A rep for Letterman today told "Extra" they had "no comment."