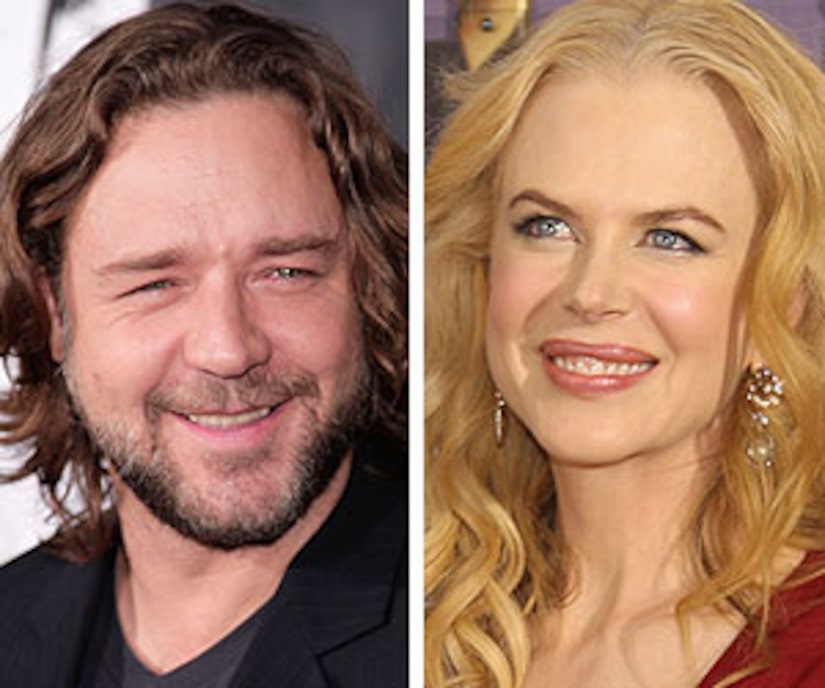 "Extra" sat down with "Body of Lies" star Russell Crowe at the NY premiere of the action-packed flick -- and the Aussie actor kidded with "Extra" about his son, Tennyson, marrying pal Nicole Kidman's daughter, Sunday Rose!

"Both were born on the same day -- two years apart, but both born on the 7th of July. I think Nicole sees that as a form of destiny and she's ready to do deal now," Crowe joked.

Russell reunited with former co-star Leonardo DiCaprio in "Body of Lies" -- and, despite rumors he wants to settle down, Leo reveals that he won't be saying "I do" anytime soon! "There's no new news whatsoever," the "Titanic" star explained. "I did an interview where somebody asked me if I believed in the foundation of marriage and my answer was, 'Yes, I think it's a good thing,' but no new news."