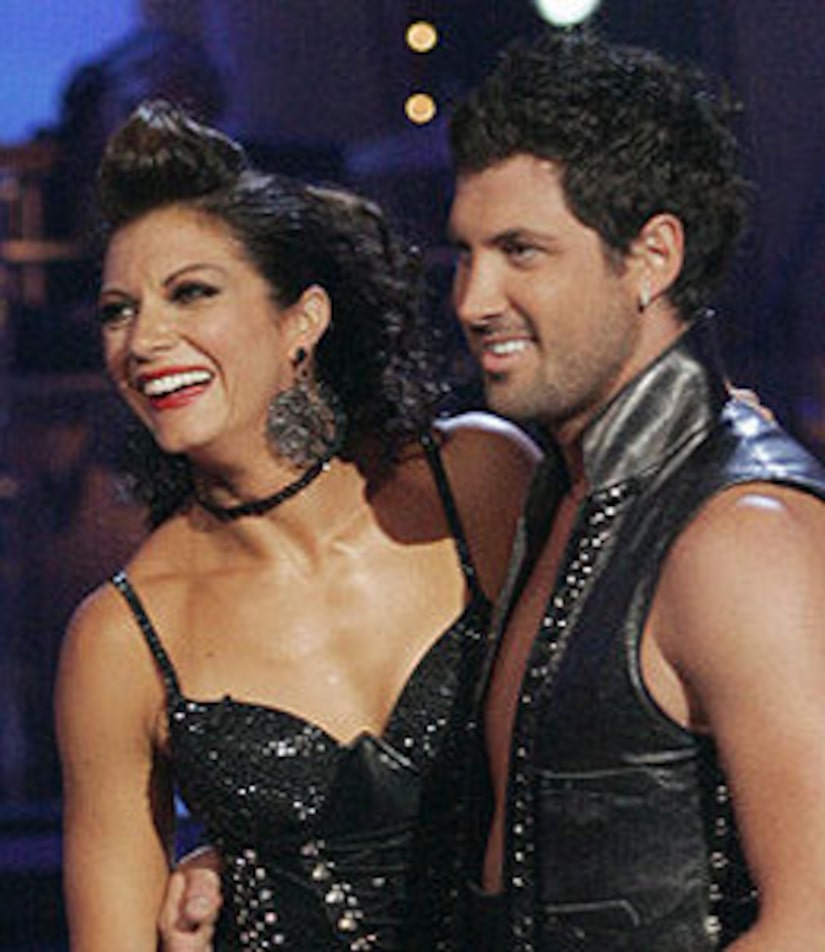 "Dancing with the Stars" frontrunner Brooke Burke is dishing about her quick-footed friends off the floor! The model/actress is setting the record straight on rumors that Misty May-Treanor is out -- and who may step into the pro-athlete's dancing shoes if she leaves the floor!

"She did hurt her Achilles tendon, I don't know if she tore it or if she ruptured it -- it happened this week and she is out of the competition," Brooke reveals to My FM's Valentine. "We're pushing our bodies to the limits... and just like that, it's over for her."

She also voiced concern about how the injury might affect the pro-volleyball player's career. "The sad thing about Misty is -- forget about the competition, this is her jumping mechanism. We're all really concerned for her and she may be having surgery this week, we don't know yet."

Now, rumors are flying that reality star Kim Kardashian -- who got the boot from "Dancing" last week -- may return to the floor in Misty's place!

May-Treanor is not the only one to have suffered a dancing injury this season -- Burke also blogged about a practice session where her partner Derek Hough hit his head -- and blacked out! "Saturday, on the CBS stage, we were practicing as usual when Derek accidentally tripped over a box while walking backwards," wrote Burke. "He landed on his back on the wooden dance floor and smashed the back of his head. He was disoriented, blacked out for a few seconds, and was flattened out in pain.

She continued, "Our producers called 911 and the paramedics arrived to carefully examine him. He suffered a neck injury last season which had him down for a week, so the recurrence was definitely scary. They rushed him off, stretcher and all, in the ambulance for further testing in the ER."

Despite the injury, Brooke confirms that she and Derek would be back on the floor tonight. "After a CAT scan and many other tests, he received a clean bill of health and we were back at it today as scheduled. With a huge headache, and a little dizziness, the show goes on..."