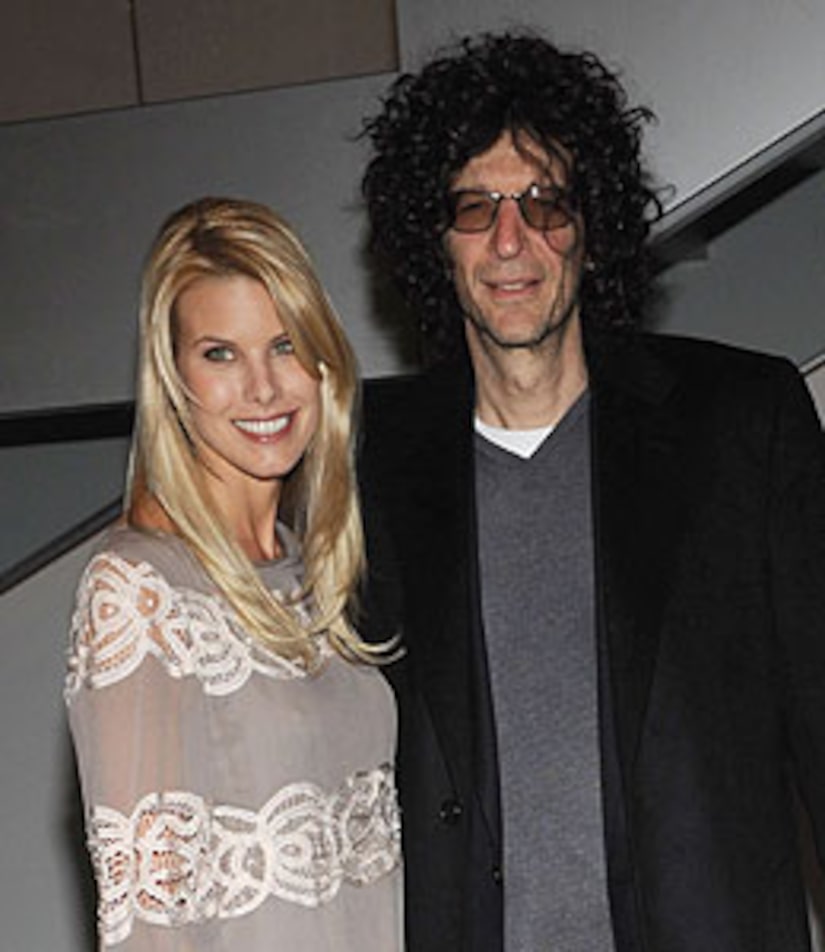 Sirius king Howard Stern said "I do" to longtime girlfriend Beth Ostrosky in an intimate Manhattan ceremony in front of a star-studded crowd of their closest friends.

Joan Rivers, Barbara Walters, Billy Joel, Katie Lee, Jimmy Kimmel, and Sarah Silverman attended the small wedding. The bride, 36, and the groom, 54, were married by Mark Consuelos -- actor and husband of Kelly Ripa, who gave her well-wishes at the ceremony.

"Beth is the most beautiful bride I've ever seen," Stern friend Dominic Barbara told the mag. "The vows were from each others' hearts. It was gentle and soft and beautiful. People were crying."

The couple announced their engagement on Valentine's Day 2007, after the shock jock popped the question to the blonde beauty with a 5.2-carat ring. This is the first marriage for Beth and the second for Howard.