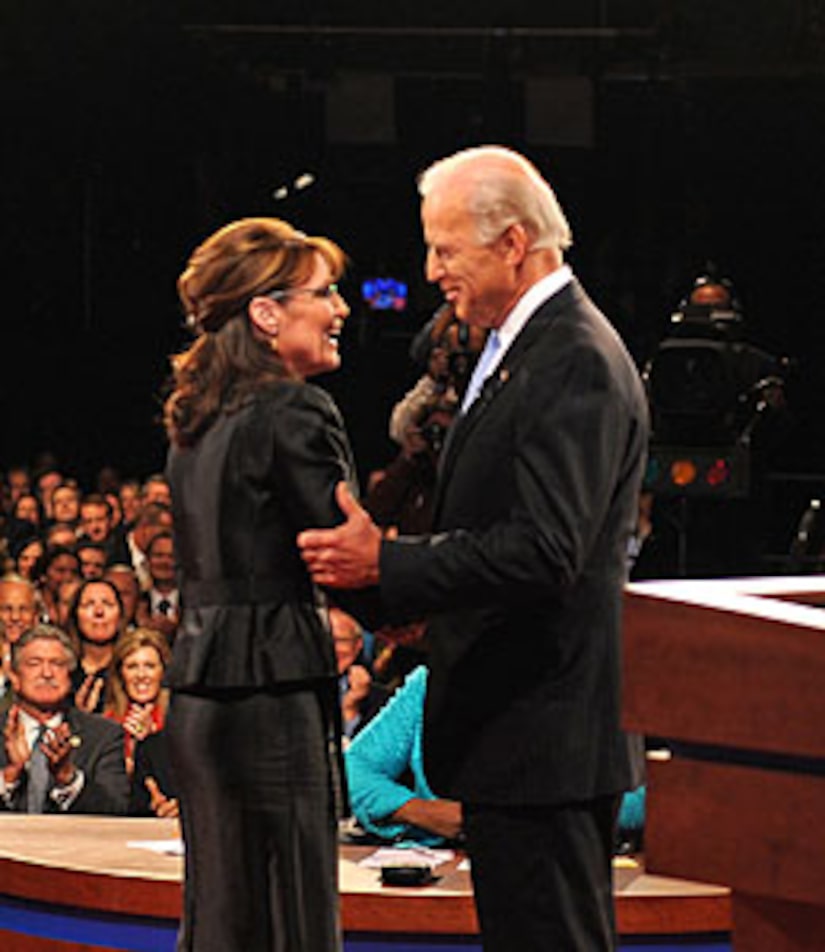 Senator Biden and Governor Palin met in their first and only debate last night -- presenting stark differences in their approach to the country's problems. How did they do?

Palin, the self-proclaimed hockey mom who has come under even more scrutiny after a shaky television interview with Katie Couric, presented herself as an average, American middle class mom, using phrases like "heck of a lot" and "Main Streeters like me," and "you betcha." Palin appeared to stick to scripted answers, and told moderator Gwen Ifill that she might not answer in a way that was expected.

Biden also identified with the middle class, saying that unlike John McCain he's not out of touch -- and he knew what it was like to struggle as a single father. In an emotional moment, the Senator choked up recalling his son's near-death after the 1972 car accident that took the life of his wife and daughter. Biden said, "The notion that, somehow, because I'm a man, I don't know what it's like to raise two kids alone, I don't know what it's like to have a child you're not sure is going to make it... I understand as well as, with all due respect, the governor or anybody else, what it's like for those people sitting around that kitchen table."

While the two sparred over the economy and taxes, Palin trumpeted McCain as a maverick, a claim Biden challenged. Both candidates have sons about to serve in Iraq, and their stark contrast in their approach to the war was palpable. Biden said unequivocally that he and Obama would end it, while Palin supported the surge.

The two remained cordial, disciplined -- and even friendly, with their families mingling on stage at the end of the debate.