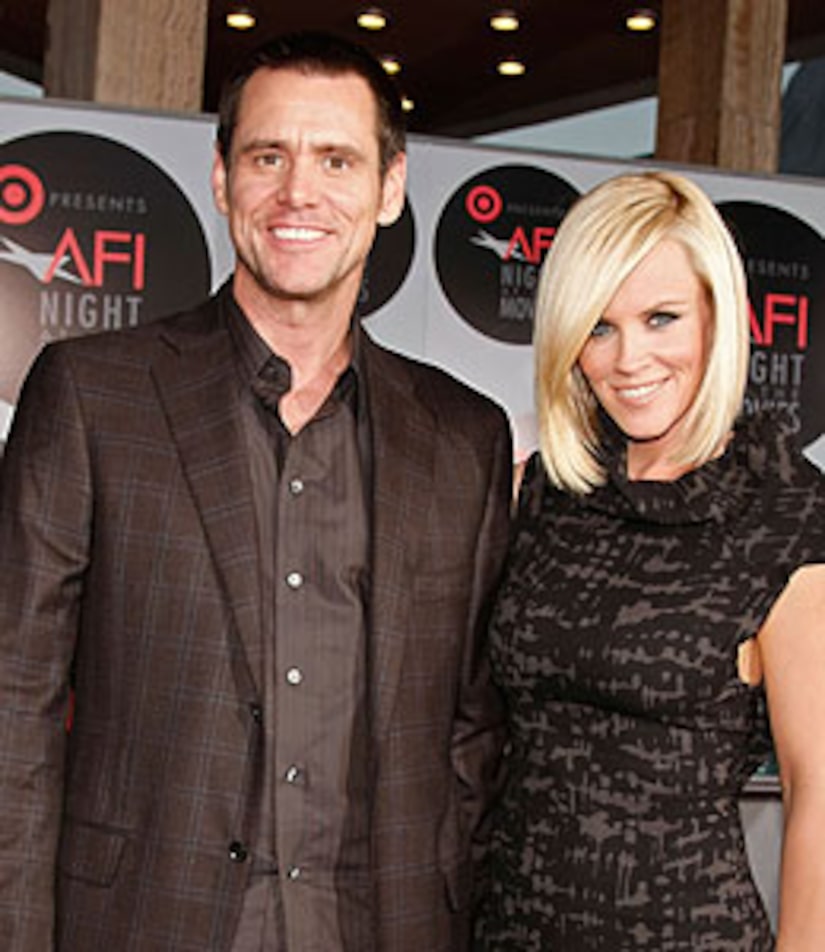 AFI's "Night at the Movies" was a smoldering mix of record Los Angeles heat -- and smash films. "Extra" was on the scene as A-listers flocked together to celebrate the must-see flicks that comprised the popcorn-munching celebration of films.

Hollywood sweltered, but Jim Carrey didn't show signs of overheating. "I'm not hot at all," Jim joked. "I don't know what you're talking about." Carrey -- accompanied by girlfriend Jenny McCarthy -- was humble about his contribution to the film collection, "Eternal Sunshine for the Spotless Mind," saying, "It always makes you a better actor when you're around good actors."

Funnyman Mike Myers was also on the red carpet -- and couldn't help but crack a few jokes about tonight's Vice-Presidential debate between Biden and Palin. "I hope there's going to be a hockey fight," Myers kidded. "The gloves got to come off -- she's got to try and get his shirt over his head."

At a night celebrating Tinseltown's best, it was fitting for actors to remember Paul Newman, who died this past weekend. Cameron Diaz admitted that the blue-eyed actor had a hypnotizing effect on her, saying, "Watching his eyes dance on the screen -- I just sort of fell in love."