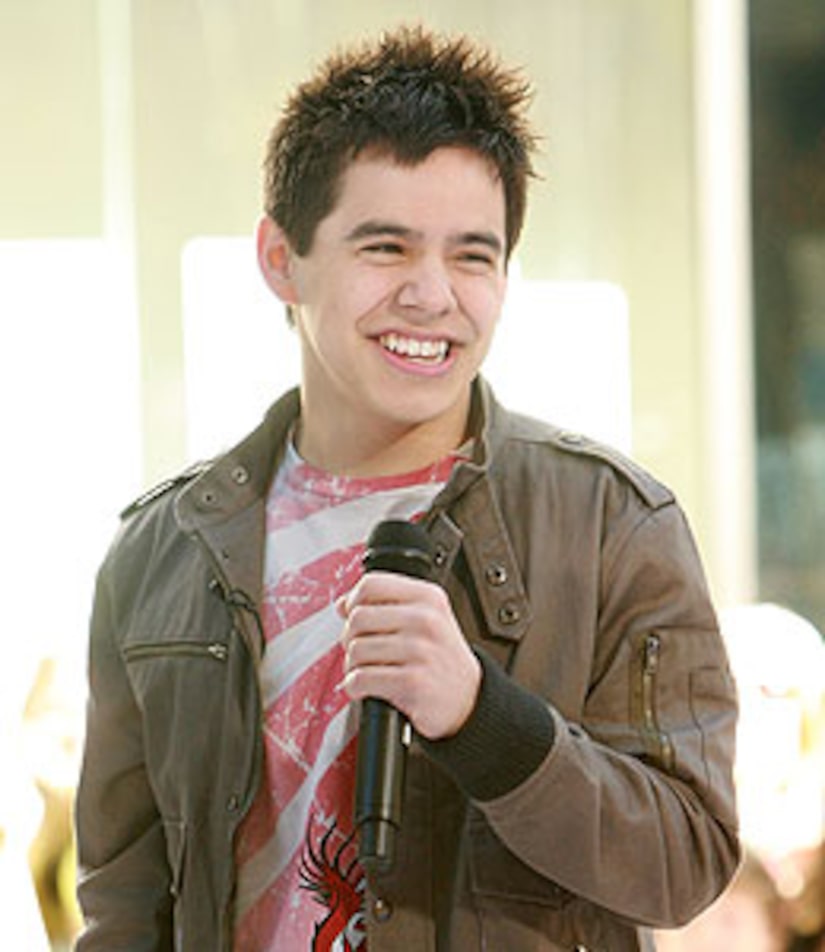 Young "American Idol" runner-up David Archuleta will be crooning a new tune -- this time for Nickelodeon!

Archuleta will appear as himself in Nick's "iCarly" -- about a high school student who creates and manages a video blog. According to People magazine, David will play a contestant on a show modeled after "Idol," called "America Sings."

David's episode of the Nickelodeon show is set to air next spring. The "Idol" alum recently released his first music video for his single "Crush." His debut album -- produced by Jive Records -- is due November 11.