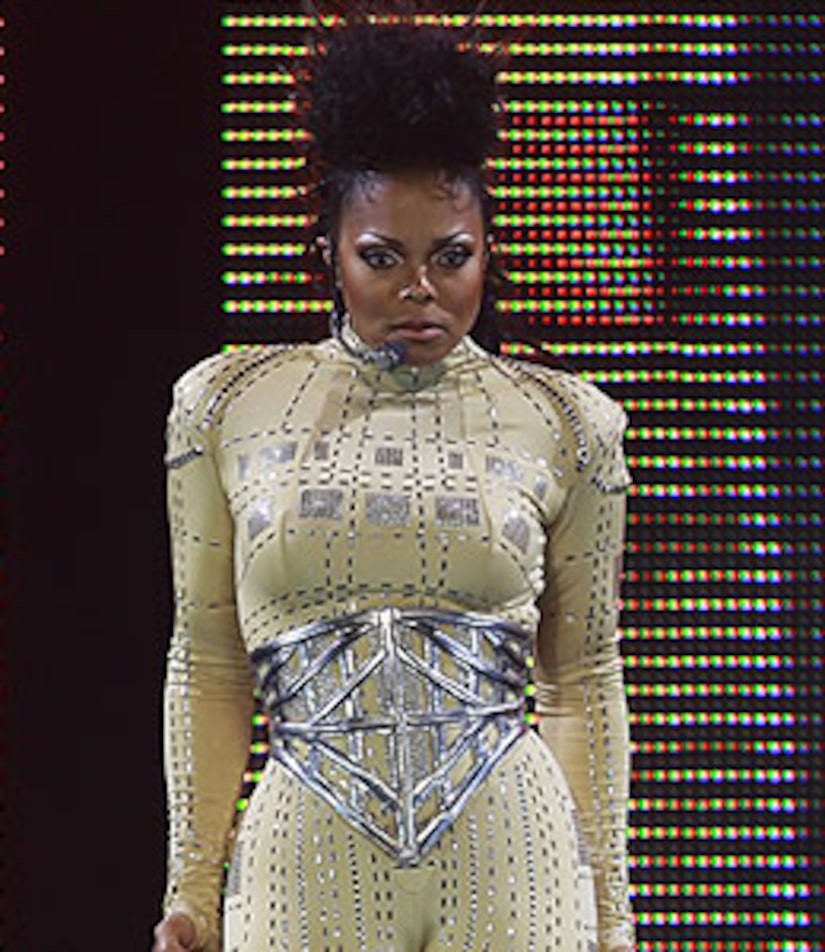 Janet Jackson, Miss Jackson if you're nasty, has been hospitalized, a rep for the singer stated.

Jackson canceled her concert in Montreal yesterday after she suddenly became ill during a sound check. She was rushed to the hospital before the show. A rep for Janet released a statement saying, "She is currently being monitored and is extremely disappointed that she is not able to perform for her fans in Montreal." Later, a McGill University Health Centre rep released a statement saying that Jackson was discharged from the Royal Victoria Hospital just two hours after being admitted.

The media has recently scrutinized Jackson for her ill-fitting concert costumes and weight gain. The Jackson camp hopes to reschedule the Montreal show.