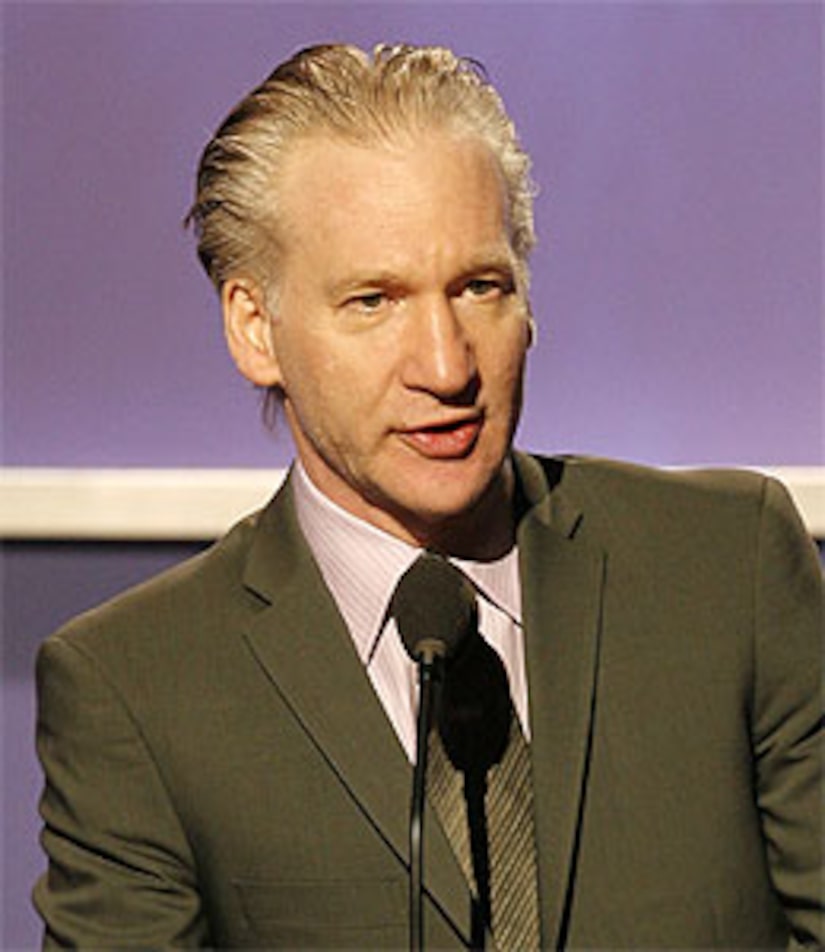 Funnyman Bill Maher is in high gear for the White House race -- and the candidates, Democrats and Republicans alike, aren't safe from Maher's over-the-top review!

As far as the 19-time Emmy nominee is concerned, GOP VP hopeful Sarah Palin isn't suited for the job she's vying for -- and gets a big "F" from Maher. "The idea that this Avon Lady is a heartbeat away from running the world is one of the most cynical things I've ever seen in American politics." Maher then offered a piece of advice to Palin's Dem rival Joe Biden for Thursday's Vice Presidential Debate -- while knocking the Alaska governor's knowledge of the issues. "Just bring up the subjects Sarah doesn't know anything about -- which is any one of them."

Bill turns his acid-tongued rants from politics to religion in his new documentary, "Religulous." The controversial flick opens in theatres October 3.