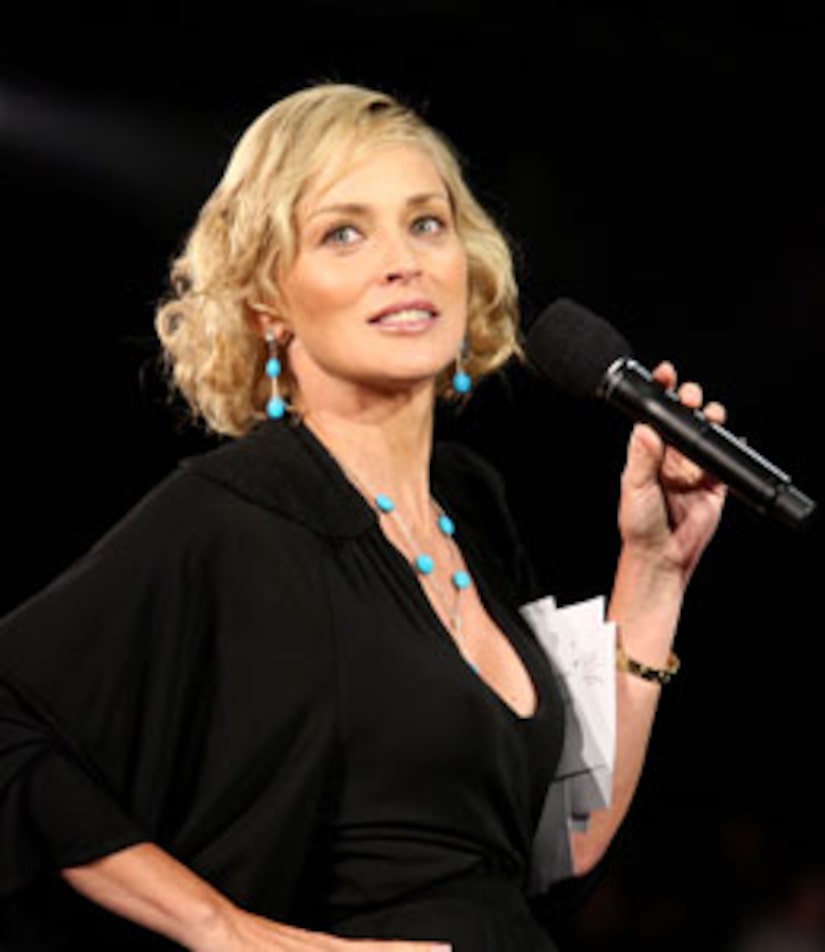 Sharon Stone resurfaced last night -- making her first public appearance since news of her custody battle thrust her back into the spotlight.

The actress attended the Macy's Passport event in Santa Monica, where she took the stage with designer Christian Audigier to raise money in the fight against HIV/AIDS.

Despite reports that Sharon lost full custody of son Roan, her lawyers have insisted she still shares joint custody with ex Phil Bronstein.