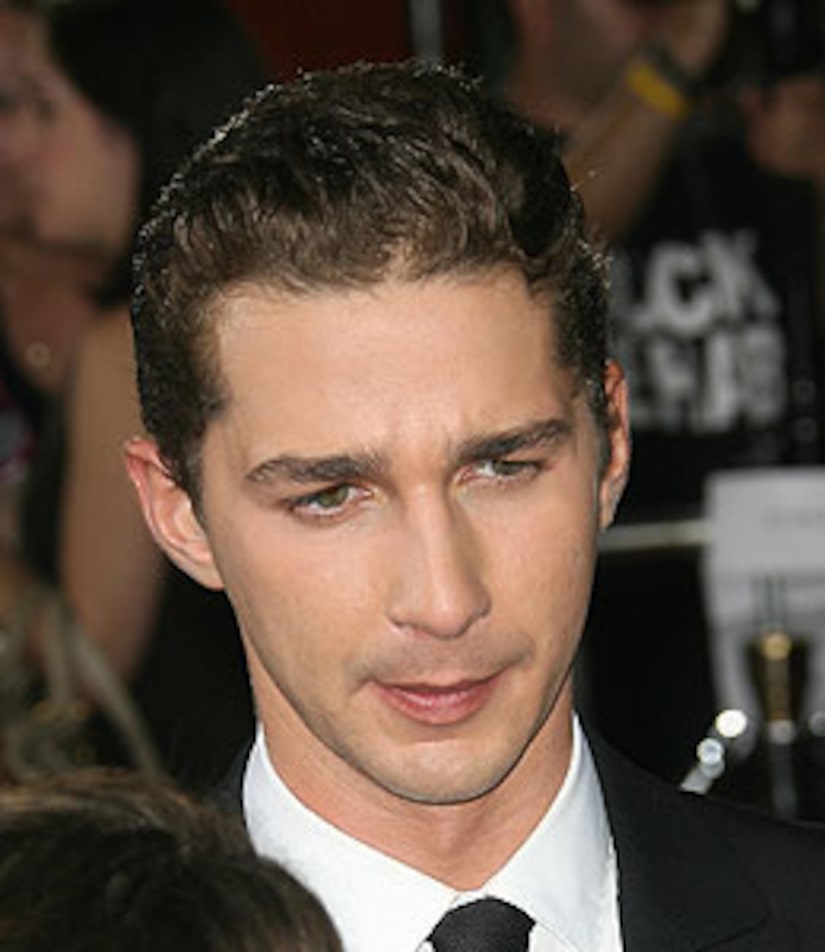 His new thriller "Eagle Eye" hits theaters today, but the really good news for Shia LaBeouf is that he will not be charged with DUI, reports AP.

The actor could have his license suspended for up to nine months for refusing a breathalyzer test after the July 27 West Hollywood car crash that badly injured his hand. Los Angeles County D.A. spokesperson Jane Robison said, there was "insufficient evidence" to charge LaBeouf with drunken driving.

Robison also said prosecutors are looking into filing charges against two other people involved in the accident, but did not provide further details.

"Shia is most happy that he will not have to go to court," said his attorney, Michael Norris.