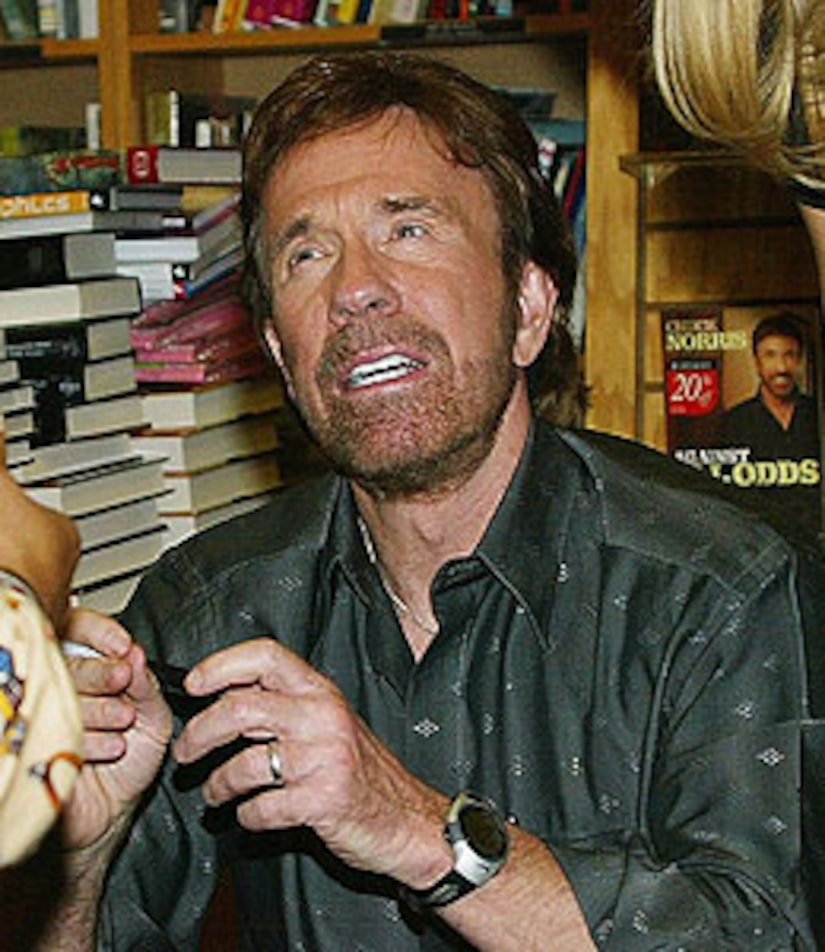 It's a pop culture phenomenon -- the so-called "Chuck Norris Facts" -- side-splitting lists making the rounds on the net -- ranging from "Chuck Norris can kill two stones with one bird" to "Chuck Norris can sneeze with his eyes open." The "facts" have reconnected the "Walker: Texas Ranger" star with young people in America.

Chuck's personal favorite? "My favorite is they wanted to put Chuck Norris on Mt. Rushmore -- but the granite wasn't tough enough for his beard," the tough guy told "Extra."

Here's a list of a few more "Chuck Facts":

- Chuck Norris does not sleep. He waits.

- Chuck Norris uses pepper spray to spice up his steaks.

- Fool me once, shame on you. Fool Chuck Norris once and he will roundhouse you in the face.