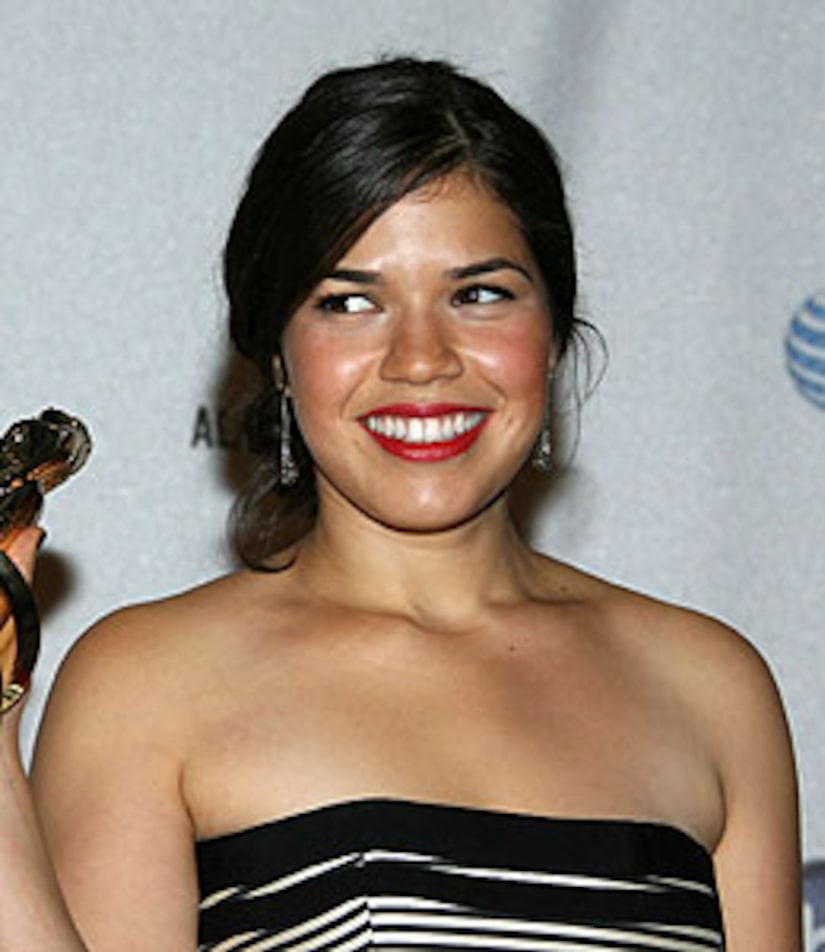 New York City just got ugly -- the hit series "Ugly Betty" has officially moved production to the Big Apple! "Extra" crashed the premiere party for the ABC show -- and got the scoop on the new season from the stars themselves.

Starlet America Ferrera gave "Extra" the dish about problems they had while shooting on location in the Apple. "We were shooting on location and Betty was walking down the street and right behind me drove this huge bus -- with the 'Ugly Betty' poster on it!" She adds, "Of course, we had to cut."

Season three is also flooded with A-list guest spots -- including Regis and Kelly, Adriana Lima -- and Lindsay Lohan, reprising her role as Kimmie, Betty's high school nemesis. Lohan said, "My character goes through a transition in the episodes that I'm in, so it's interesting to see what happens. It doesn't really end on the best note."