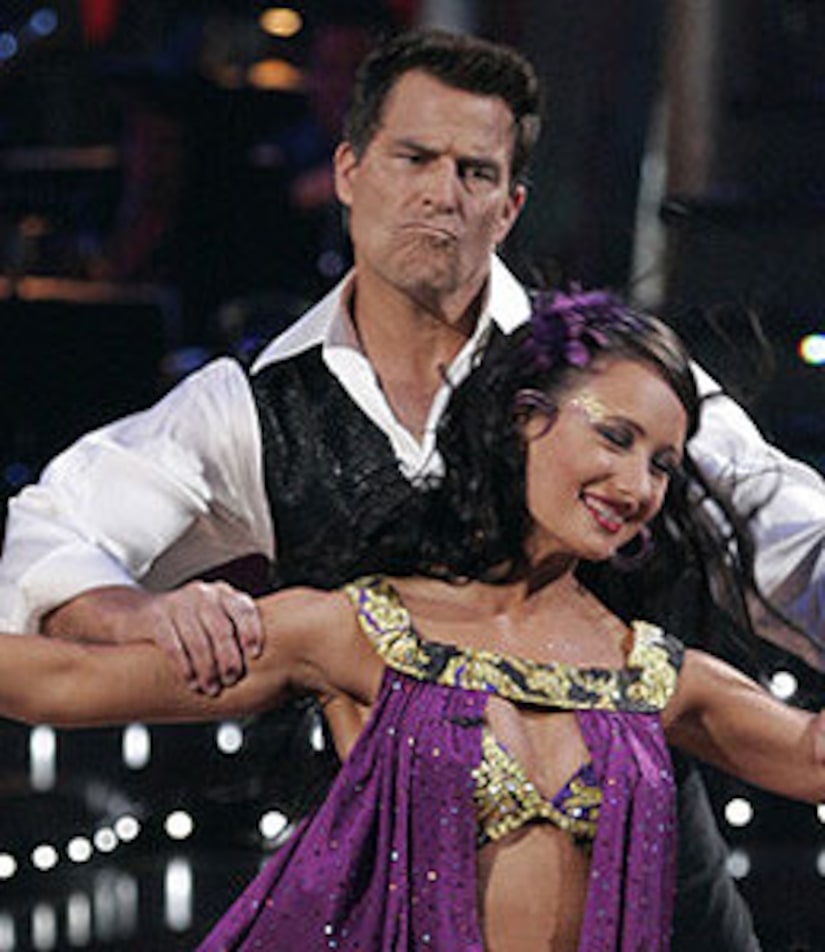 "Married with Children" star Ted McGinley has been asked to leave the dance floor. The actor and his partner, Inna Brayer, received the third lowest score Tuesday night from the judges -- but with the inclusion of viewer votes, his final score was low enough for him to be sent packing.

"It's been a lot of fun," Ted said after getting the boot. "I know there are a lot of guys sitting at home with a beer in their hand having a little chuckle at me. You know what? Thank you for that. I appreciate it. I'm one of the guys -- I guess I'll always be one of the guys." He adds, "Some of us aren't meant to dance, I guess."

Model Brooke Burke dominated the floor once again on Tuesday night, pulling in the highest score of 26 for her fancy footwork with partner Derek Hough in a quickstep. The pair also danced their way to victory on Monday.