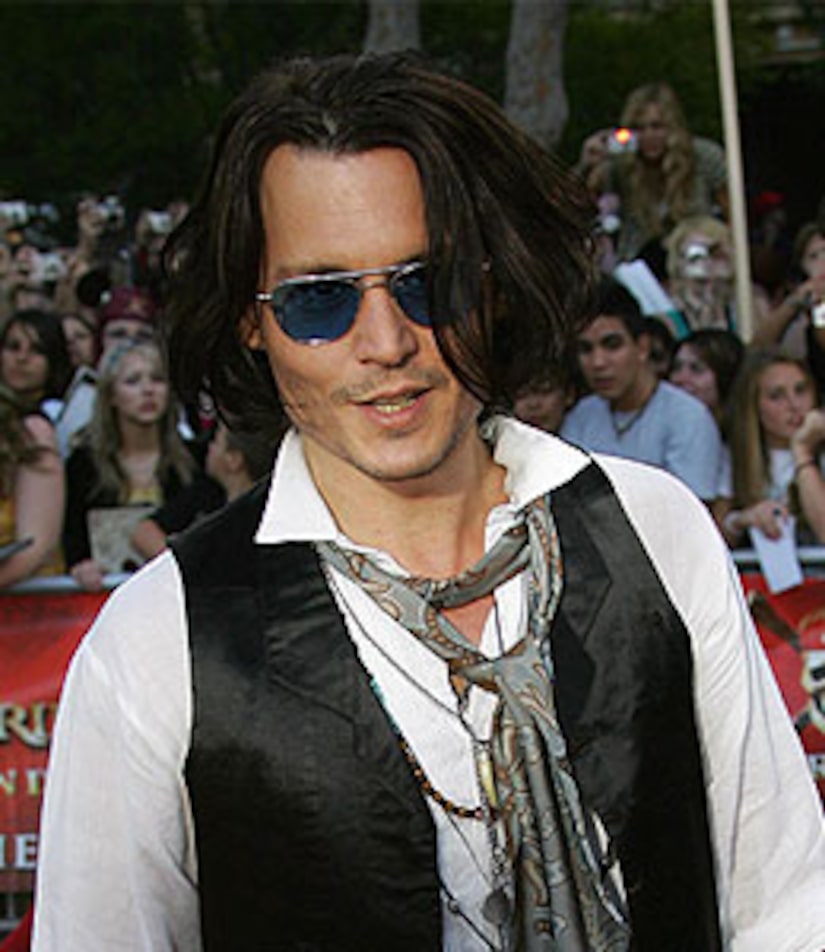 Is Johnny Depp planning to return as comical Captain Jack Sparrow? Yo ho ho, it's a pirate's life for Johnny!

Depp has agreed to return for a fourth installment of "Pirates," reports Variety. Johnny says he wants to play the three-sheets-to-the-wind Capt. Jack in at least two more "Pirates" movies.

The scruffy stud told 'Extra' in 2006, "The idea of saying goodbye to Captain Jack is not one I'm looking forward to. I'm sure he'll crop up every now and again." He was right. Nobody plays a buccaneer better than Johnny!