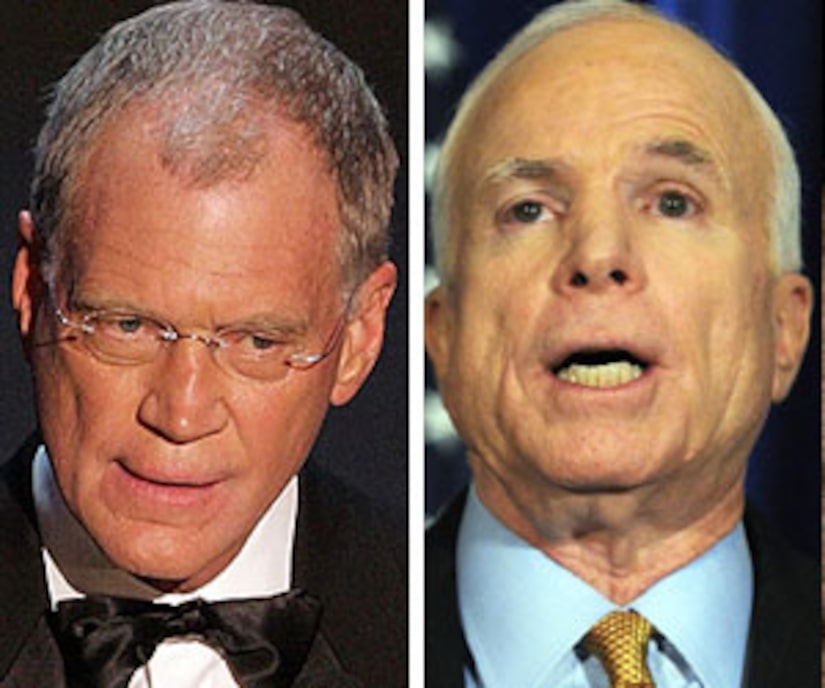 David Letterman let loose on John McCain after he suspended his campaign -- and pulled out of a scheduled appearance on "The Late Show!"

"This just doesn't smell right," Letterman declared. "Somebody's putting something in his Metamucil... I have nothing but the highest regard for this man, but when you call up at the last minute and you cancel a show... that makes me think, well, maybe there'll be other things down the road if he's in the White House... he might just suspend being president!"

The comic riffed about the cancellation, saying, "John McCain had to cancel an appearance on the show because he is suspending his campaign because the economy is exploding." He also took a light jab, saying, "You know John McCain, the running mate of Sarah Palin?"

Then, Dave got miffed after hearing McCain bailed on him to sit down with CBS anchor Katie Couric. The funnyman then cut to live video of Couric's interview with McCain, and said, "Hey Senator, can I give you a ride home?"

Today, GOP camp spokeswoman Nicole Wallace stated on NBC's "Today Show" that the campaign "felt this wasn't a night for comedy." She added, "We deeply regret offending Mr. Letterman, but our candidate's priority at this moment is to focus on this crisis."

McCain says he bailed on Letterman to tend to the country's economic crisis -- leaving Dave with a crisis of his own. Do you think the Senator, a 12-time visitor to the show, should return?