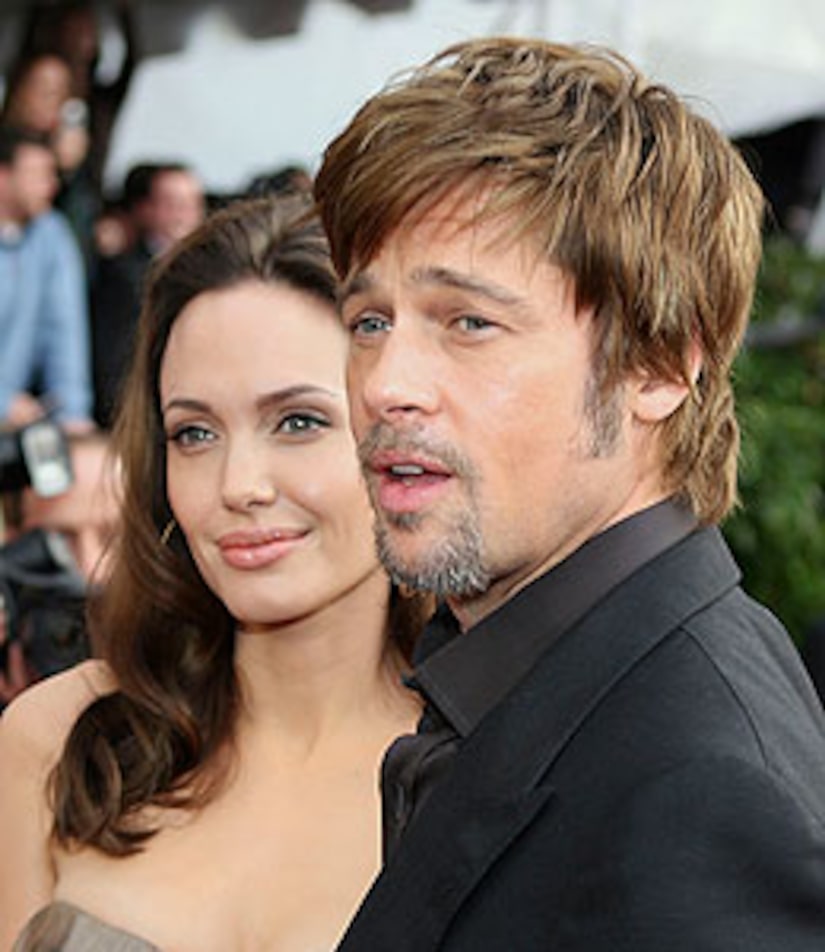 Their summer in France is over, now supercouple Brad Pitt and Angelina Jolie have moved their growing family into a lakeside German mansion near Berlin.

The couple and their six tots will make their home in Palais Parkschloss for the next 90 days while Pitt films Quentin Tarantino's "Inglorious Bastards."

This isn't your average piece of real 12,000 sq. meter real estate -- it comes with a full security system, its own dock on Wannsee Lake, and includes a private helicopter landing pad. There's also a staff of 14, which includes 2 nannys for the Brangie Clan.