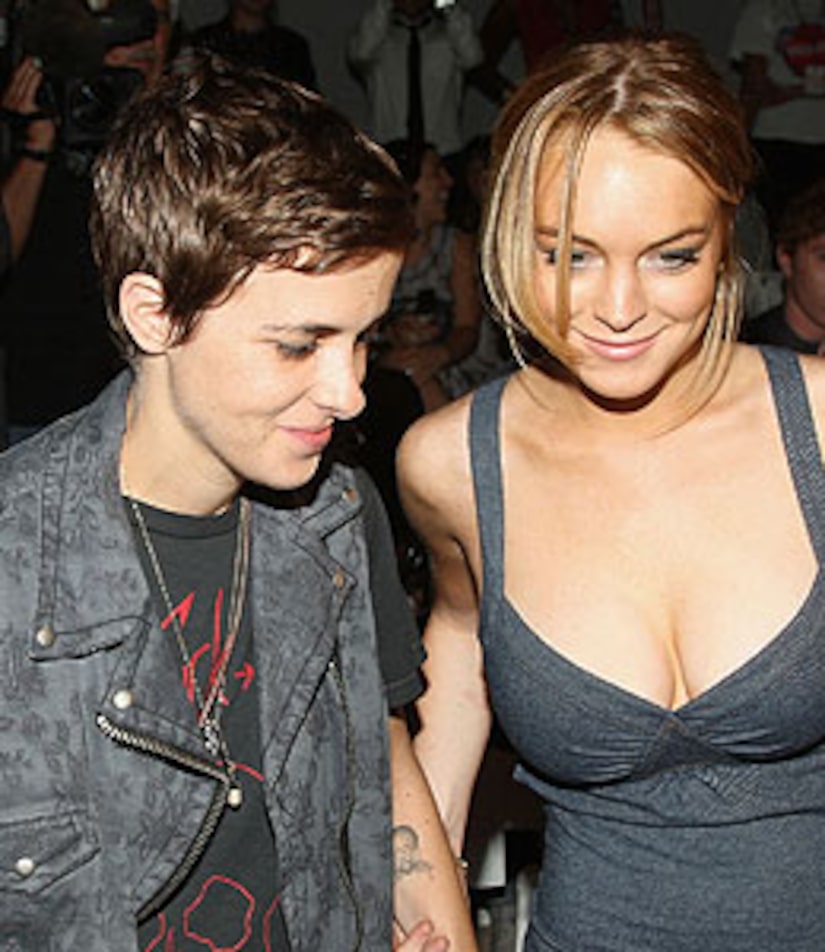 Lindsay Lohan has remained mum on her relationship with long-rumored GF Samantha Ronson. Now, reports are swirling that LiLo confirmed she's dating the British deejay on the radio program Loveline -- but did the media take her comments out of context?

According to a rep for the rehabbed starlet, that's true. Lohan's publicist told TVGuide.com, "There was no confession," claiming Lindsay merely spoke of her close friendship with Ronson.

DJ Ted Stryker originally talked to Sam first about the tragic plane crash involving Travis Barker and DJ AM. After Ronson put Lindsay on the phone, Stryker then asked LiLo how long she had been dating Sam -- and Lindsay responded, "For a very long time."

LiLo's father Michael seemed to agree with the star's publicist -- and called the Yo on E! radio show to give his two cents about the alleged confession. "They kind of asked her if she was dating [Samantha], and Lindsay eluded that question," said Michael. "Then [Stryker] led into another one and kind of tricked her into saying 'a long time.'" He adds, "Lindsay didn't call in, Samantha called in. She put her up to it, as far as I'm concerned."