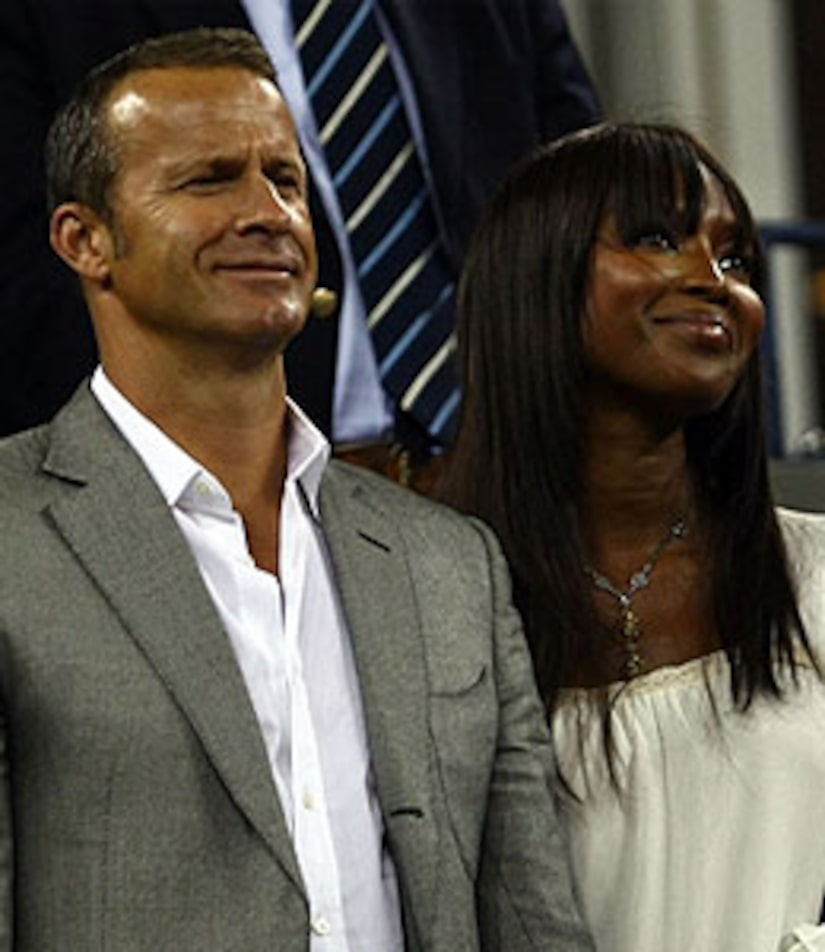 The catwalk queen made headlines in April for her arrest at Heathrow Airport in London. She was booked on charges of spitting-on and punching a cop who escorted her off a plane. The model revealed to Seymour, "If someone calls me a racial slur, I find it very offensive...I was called a golly wog supermodel." Naomi received a hefty fine and 200 hours of community service.

Naomi has now put the incident behind her. She recently hosted the Fashion for Relief event during London's Fashion Week and she says, "I couldn't be happier." Naomi memorably parodied her cell phone-throwing incident on last season's "Ugly Betty."

The long-legged beauty has been dating her very own Mr. Moneybags -- Russian billionaire Vladmir Doronin. She very is hush-hush on if Vladdy is "the one." Campbell also talked about her recent health scare. "They discovered that my tubes were blocked." Campbell claims the surgery saved her life, and she's healed, saying, "When God is willing to let me have children, he will."