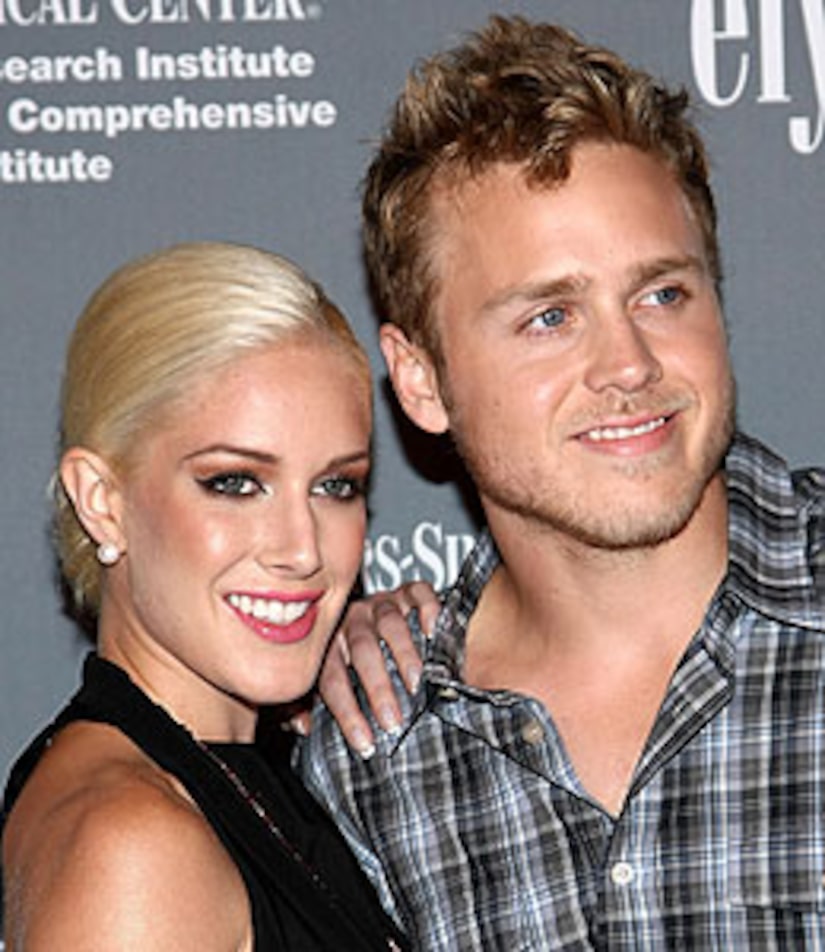 It's no secret that "Hills" stars and frenemies Heidi Montag and Lauren Conrad are on the outs -- but how did Lauren manage to put a grin on Heidi's face? "Extra" sat down to talk to the show's villains, Heidi and Spencer, about Lauren making Heidi happy, the 411 on "Hills" rumors -- and how they're planning to take on world hunger.

Speidi is teaming up with Taco Bell in an effort to raise awareness of global hunger. "When we heard the statistics, we just really had to jump in and get involved because it's so devastating," explains Montag. "We're just so blessed to be eating a meal, and we take it for granted."

Things between Heidi and LC remain tense -- but Montag states that Lauren's recent admission of missing her former friend put a smile on Heidi's face. "Hopefully, one day we will be able to work through this and move on and patch some things up... I was glad to hear it. That really brought a big smile to my face."

The blonde starlet also commented on pal Audrina Patridge's recent departure from the Hollywood Hills home she shared with Conrad and Lo Bosworth. "I think this is great for her." Montag said of Patridge. "She's been independent her whole life and I think Lauren was her first roommate experience, so I think it's good that she can go back and enjoy her life and live by herself for a little bit."

Speidi revealed to "Extra" that they planned on leaving Tinseltown -- but don't expect the fair-haired duo to appear on Whitney Port's NY spin-off of the hit MTV show. Pratt revealed, "I don't see us heading to New York anytime soon." Heidi added, "I think I'd go back to Colorado before I'd go to New York."