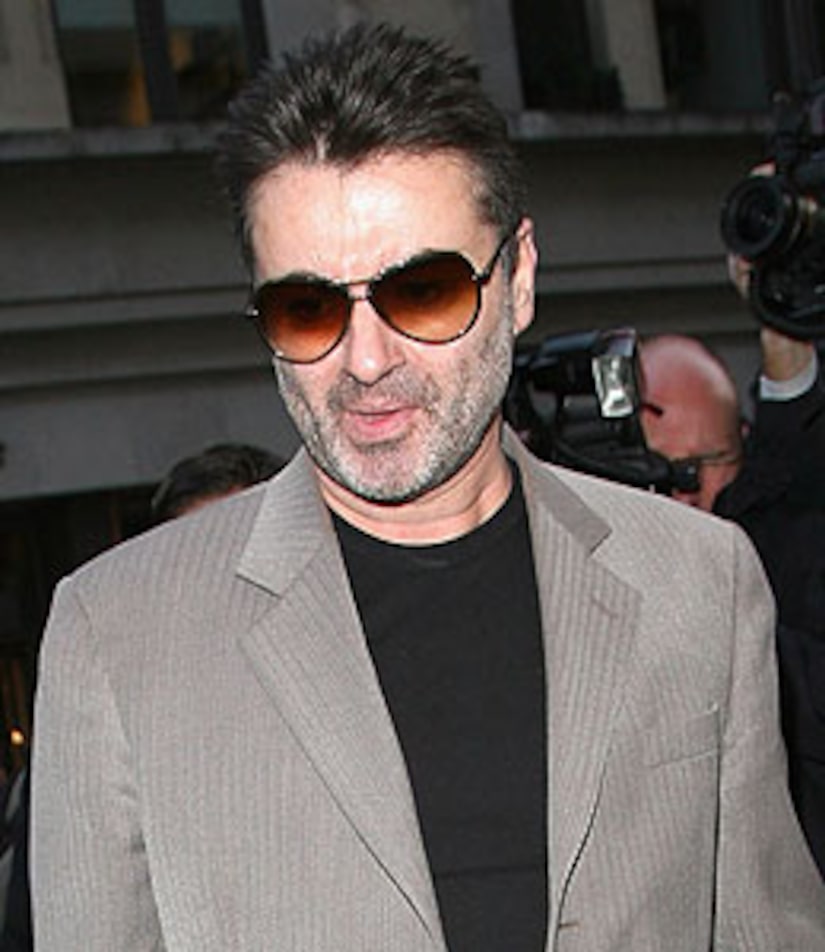 George Michael narrowly escaped charges after being caught in a London public loo with crack cocaine and cannabis -- by reportedly blubbering to the cops!

According to "The Sun," the pop star sobbed and begged officers not to slap him with drug charges -- if convicted, he could have been banned from America, and playing an AIDS benefit here next month.

"He was very emotional," a source said. "He kept saying, 'Please, you'll ruin my career'. His sob story worked -- he escaped with a caution. He was even chauffeured home. He only got away with it because of his celebrity status." Just like in America!

In 2006, Michael was found slumped over the wheel of a car in London. He later confessed he was driving under the influence of drugs.