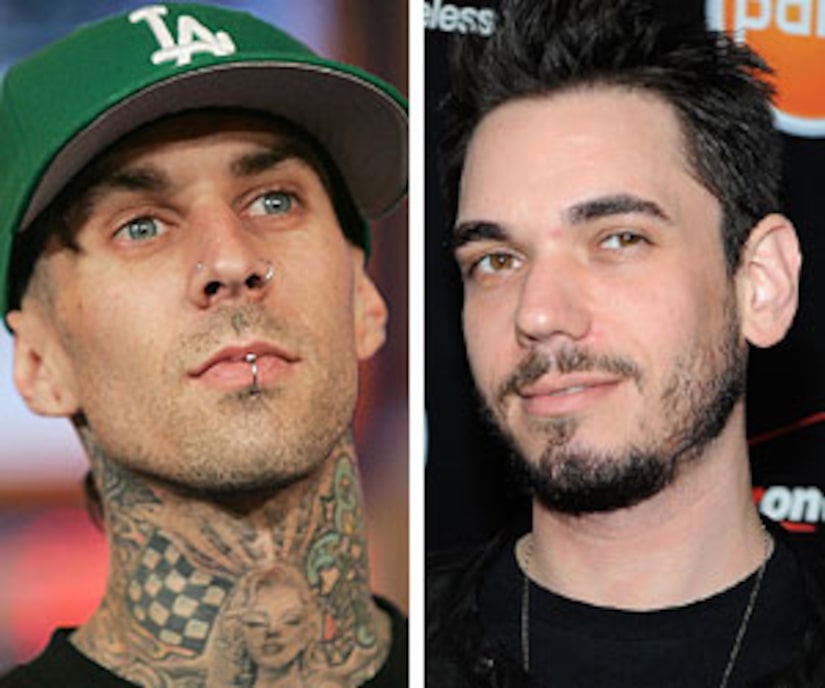 "Extra" has the new details on how Travis Barker and DJ AM aka Adam Goldstein survived the plane crash which claimed the lives of four others. It's an amazing tale...

According to Lt. Josh Shumpert of the South Congaree Police, who was at the scene of the accident, Travis and Adam "slid down the wing on the right side of the plane." The musicians also told police that "they were on fire -- and they tackled each other and put each other out."

"Extra" spotted Shanna Moakler rushing to her ex-husband at the Jospeh M. Still Burn Center in Georgia -- and the former Miss USA has not left Barker's side. Singer Gavin DeGraw, who shared the stage with Travis and DJ AM just hours before the crash, told "Extra" he was shocked and devastated by the tragedy.

"They seemed like very nice guys when I met them -- they had a very gracious demeanor," said DeGraw of the two survivors. He added that he had hung out with the men after the concert -- along with their friends, who perished in the wreck. "I was shaking somebody's hand who was about to die," said Gavin. "That's terrible man, that's really terrible."

One of the victims of the crash was Chris Baker, Barker's assistant and close confidant. Baker's mom has just given a heartbreaking interview with MomLogic.com about her son -- click here to read.