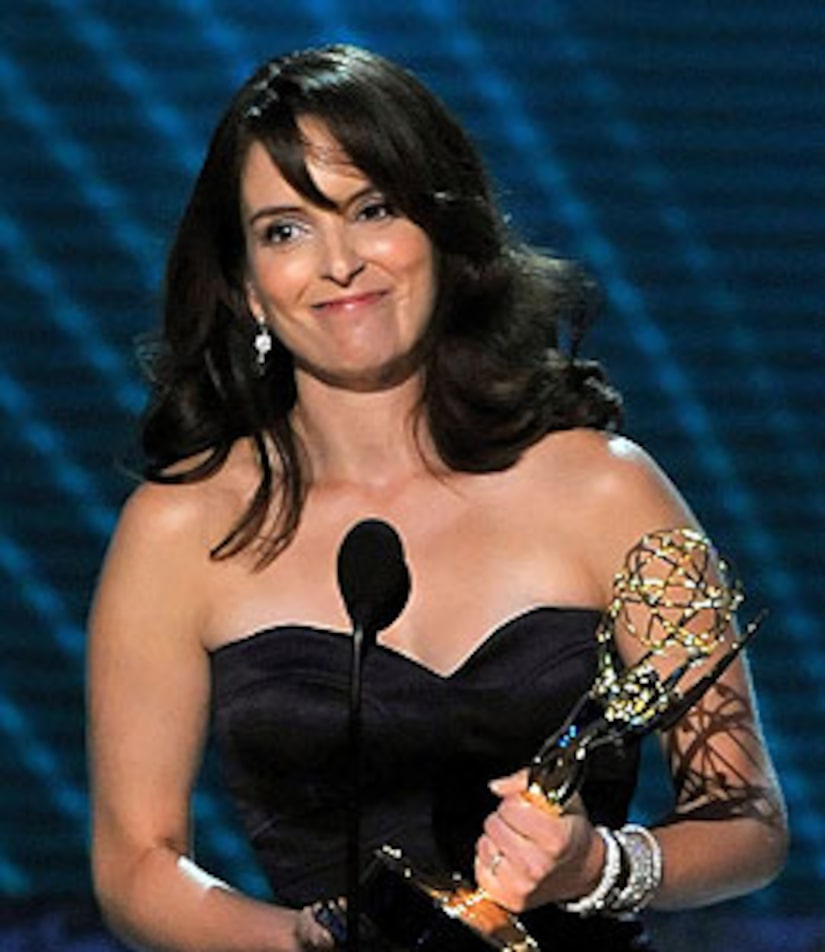 She didn't just win three Emmys for her work in "30 Rock" -- Tina Fey was the star of last night's Emmy Awards. The only thing she lost during the evening ... was her handbag!

"If anyone's seen my purse, I left it under my seat," Fey says to reporters backstage at the ceremony. The "SNL" alum remained humble as "30 Rock" won multiple awards, including outstanding comedy writing, comedy series, lead actress in a comedy (Tina herself) and lead actor in a comedy, who went to Fey's co-star Alec Baldwin.

Even in commercials, Fey's spots for American Express with director Martin Scorsese seemed more entertaining than the Emmy show. And, she was one of the best dressed in a stunning, 1940s David Meister gown that showed off her fab figure.

When accepting his statuette, Baldwin paid homage to Tina, calling her this generation's Elaine May -- a Hollywood triple-threat director, screenwriter and actress who was partner to the Oscar-winner Mike Nichols.

"We have the greatest writers, but the show was created by one woman," announced Alec backstage. "This was Tina's idea -- this was Tina's thing. She is head writer. She is there everyday, even when she's not shooting as an actress. She goes back and forth between acting and writing -- we're very, very lucky."